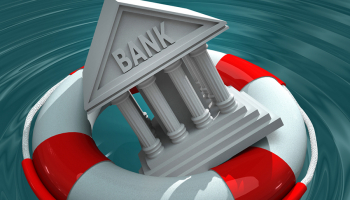 The Federal Reserve Board has issued additional guidance on its expectations for large banks’ risk management with investment funds, following the collapse of Archegos Capital back in March.

The US central bank’s message follows a review of leveraged fund Archegos Capital, its default, and eventual failure.

According to the Fed, regardless of the type of client, banks are expected to undertake proper due diligence to fully ascertain the risks posed to it.

Its existing expectations, laid out in the Interagency Supervisory Guidance on Counterparty Credit Risk Management, stipulate that a bank’s senior management should report counterparty exposures to its board in line with the materiality of exposures and the complexity of transactions, for example.

The failure of Archegos resulted in more than $10 billion in losses across several large banks.

The board, along with US and international regulators, initiated a review to assess the actions that led to its failure.

The review could lead to further action, according to the Fed.

In March the hedge fund collapse triggered a sell off in stock markets. Banks such as Goldman Sachs and Morgan Stanley were impacted, though Credit Suisse and Nomura were hit hardest by the hedge fund’s eventual failure.

Nomura, Japan’s largest bank, and a major player on the world stage, suffered a $2.87 billion loss as a result of the fallout.

Regulators have since issued warnings to the banking sector, including the OCC, whose acting comptroller Michael Hsu said bank leaders should be “extra vigilant.” He told the US Senate Committee on banking, housing and urban affairs in August:

“I believe the banking system is at risk of becoming complacent… I am concerned… that as the economy recovers and pressure to grow returns, over-confidence leading to complacency is a risk – when prudent risk management is set aside in pursuit of profit.”