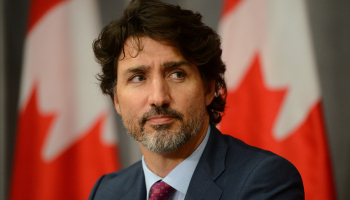 Canadian prime minister’s Justin Trudeau’s plan to tax the country’s banks an additional US$8.6 billion will negatively affect the companies’ financial position, according to Moody’s.

Trudeau announced the plan late last week to raise the corporate tax rate for banks and insurers from 15% to 18%.

Documents released yesterday (September 1) and reported by Bloomberg showed that the tax increase would generate an additional C$10.8 billion (US$8.6 billion), including approximately C$5.5billion from a “Canada Recovery Dividend” temporary tax.

In an analyst’s note published this week, credit rating agency Moody’s said the tax increase – which would be introduced if Trudeau’s Liberal Party win September’s election – would be “credit negative for the six domestic systemically important banks and four large insurers” it rates.

The agency explained that the move would “reduce their future earnings and dampen their ability to internally generate capital”.

“The cost of the increased taxes would likely be passed on to clients through higher banking fees or insurance product pricing, as well as higher rates on loans such as mortgages,” the Moody’s analysts said. “For banks and insurers, a decline in earnings may erode their capital levels, some of which is already earmarked for shareholder returns.”

Canadian banks have been preparing to increase dividends and share buybacks in anticipation of the lifting of pandemic-induced restrictions on payouts.

In a statement last week, the Canadian Bankers Association said highlighted its members’ contribution to the economy through their existing tax bills and shareholder payouts to Canadian investors. It also highlighted mortgage relief and fee waivers granted to individuals and small businesses during the pandemic.