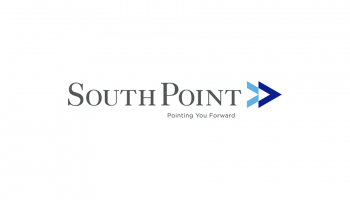 SouthPoint Bancshares and Merchants Financial Services have signed a merger agreement in a cash-plus-stock deal.

The arrangement means the companies, which are the respective parents of SouthPoint Bank and Merchants Bank of Alabama, will have $1bn in assets, $895m in deposits and 10 branches, based on their June 2021 financials.

It will see local community bank SouthPoint extend its five-branch franchise from metro Birmingham, Alabama, up the I-65 corridor to include locations in the Merchants heartland cities of Cullman, Hanceville, and Arab.

Merchants Bank of Alabama will continue to operate under its current name as a division of SouthPoint Bank after completion of the merger, which is expected to be in early 2022.

SouthPoint president and CEO, J. Stephen Smith, said: “We are extremely excited to join with the Merchants Bank team and serve their markets in Cullman and Marshall counties. We look forward to a bright future together.”

Structurally, Merchants president and CEO Charles R. NeSmith will become president of North Alabama for SouthPoint, and their CFO W. Clark Rainwater will be the new CFO of the combined organisation. Additionally, three directors from Merchants will join the board of directors at SouthPoint.

Merchants’ chairman Steven R. Glasscock, said: “We are proud to partner with SouthPoint Bank and look forward to the continued community bank benefits the combined organisations will bring to our customers, employees, stockholders and communities.”

The merger has been unanimously approved by the boards at both companies but remains subject to approval by each firms’ shareholders and regulatory authorities, as well as the satisfaction of conditions in the merger agreement.