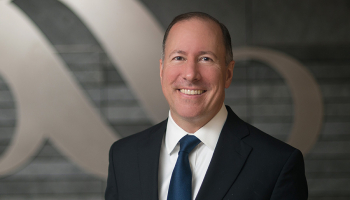 Congress should intervene to stop credit unions buying banks, according to the CEO of the American Bankers Association (ABA).

Nichols was chiefly concerned about the impacts these deals have on low-income households that may be deprived of banking services as a result. President Joe Biden has cited this as a key reason for wanting to raise the bar for M&A deals in the banking sector.

“Rather than focusing on low-to-moderate-income communities that share a common bond, credit unions are increasingly targeting a wealthier client base, marketing wealth management services, luxury goods financing and commercial banking services. This is simply not what credit unions were created to do.”

The ABA has been a vocal critic of these kinds of deals and last year hit out against the National Credit Union Administration’s (NCUA) proposals to help accelerate M&A activity.

In 2020, ABA senior director for banking policy Justin Underwood argued that these proposals were being used to “aggressively” target banks.

Several large deals involving credit unions have already completed in 2021 in a vibrant year for M&A in US financial services. VyStar Credit Union acquired Georgia Bank in April, with the $1.6bn bank becoming the largest to be acquired by a credit union to date.

Nichols voiced concern that more deals will follow and that, with credit unions arguably answering to different regulatory standards than banks, this could further impact low-income customers.

The CEO also questioned the overall tax repercussions of these deals.

“At a fundamental level, [these deals] erode state and federal tax bases, diverting funds away from important infrastructure projects and other government initiatives,” said Nichols, who is now calling for Congress to intervene.

In the meantime, Nichols confirmed the ABA would continue to advocate against these acquisitions taking place. He concluded: “We’ll continue to make these arguments loudly and often, because we know that when taxpaying banks are overtaken by tax-exempt credit unions, everyone loses.”