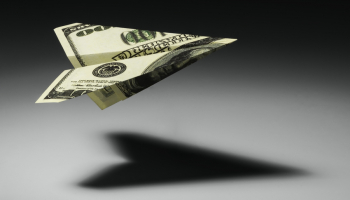 Yet more banking sector merger and acquisition deals have been announced as the sector continues to consolidate.

South Carolina-headquartered United Community Banks has announced a $517 million deal to acquire Reliant Bancorp and its subsidiary Reliant Bank, based in Tennessee.

The acquisition would add 25 branches throughout the state to United Community Banks’ network, as well as assets of $3.1 billion, loans totalling $2.4 billion, and deposits worth a combined $2.6 billion.

Lynn Harton, chairman and CEO of United, said: “Partnering with Reliant is consistent with our strategy to expand into high-growth southeastern markets with companies that share our focus on employee experience, customer service, and community engagement.”

The CEO added that the bank “had a strong interest in strengthening our Tennessee franchise for several years”.

The deal is subject to regulatory and shareholder approvals, and is expected to conclude in the first quarter of 2022.

Vincent Delie Jr, chairman, president and CEO of FNB Corporation, said: “FNB and Howard share a deep cultural commitment to client and community service. Combined, we will have the sixth largest deposit share in the Baltimore market, reinforcing our strong presence and presenting our organizations with the opportunity to deliver an enhanced experience for our customers, communities and dedicated teams.”

Upon completion, FNB will have approximately $41 billion in assets, $32 billion in deposits and $27 billion in total loans.

Meanwhile, Lakeland Bancorp is to buy fellow New Jersey banking group 1st Constitution Bancorp in a deal that will catapult combined assets to $9.6 billion. It will rank as the fifth largest bank headquartered in the state.

The transaction is valued at approximately $244.4 million.

The mergers come amid a wave of M&A activity among US banks. According to new data from S&P Global, June saw the highest monthly total of M&A deals since September 2019.