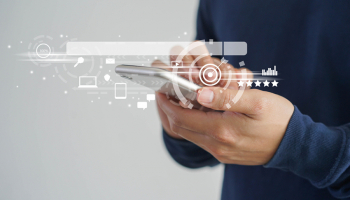 Covid-19 has driven more than half of banking customers to go digital, results from Provident Bank research revealed.

The New Jersey based institution found that, in a survey of 600 people, more than nine in 10 of its customers (91%) conducted banking through digital channels. More than half of those consumers (53%) said they switched to digital banking following the pandemic.

However, the dash to digital has not made traditional in-person banking obsolete.

More than half (58%) of survey respondents said they visit their local bank in person. Of those, one quarter said they preferred to interact with their bank face-to-face.

However, there was a suggestion that banks could further improve their online services. More than two fifths of respondents said they only visited traditional branches in person to handle a transaction that could not be completed online.

“While many of our customers have converted to digital banking, our studies show that 58% still visit traditional banking branches often or sometimes,” said Vito Giannola, executive vice president and chief retail banking officer at Provident Bank. “Being able to cater to both the digital and in-person consumer is incredibly important to us.”

The Provident Bank survey findings were echoed by an Insider Intelligence study published last month, which found that 53% of customers used a banking app at least once a week.

In addition, 87% of Provident’s survey respondents said they were “satisfied” or “very satisfied” with the digital and mobile banking options available to them. The Insider Intelligence survey found 81% were satisfied with their financial institution in this regard.

Earlier this year, research from KeyBank showed similar findings, with 44% of people saying they were extremely comfortable with digital banking tools, reflecting a massive shift towards digital during the pandemic.

However, those aged under 35 said they preferred a combination of digital and in-person banking more often than older Americans, who would rather exclusively use digital banking.