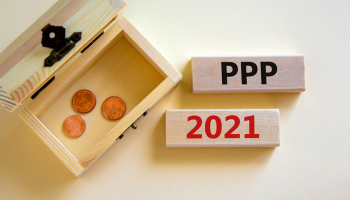 The SBA, which oversees the emergency loan support program, informed trade associations this week that the funding had been exhausted, according to an update from the American Bankers Association.

The government body has reserved $6 billion to cover loan applications that have been given “hold codes” by the SBA but not been completed.

Loan applications that have yet to be given an SBA code have not been approved, the administration said. Banks should consider redirecting clients in this situation to MDIs or CDFIs.

According to the SBA’s latest data, as of May 2 nearly 10.8 million loans had been approved through the PPP since it was introduced just over a year ago. A total of 5,476 lenders have taken part in the program, the data showed, facilitating $780.5 billion in loans.

Since the PPP was renewed at the start of this year, 5,249 lenders have helped facilitate 5.6 million loans worth a combined $258.2 billion.

The SBA’s data for 2021 PPP lending showed a more varied mix of lenders among the most active. Its top 15 lenders included major banks JP Morgan Chase and Bank of America – the top two by total value of loans – but also featured several specialist lenders.

Maryland-based Itria Ventures, a “private money lender for alternative loans” as per its website, has facilitated 191,015 loans worth a combined $5.3 billion, while Florida-based alternative lender Benworth Capital processed 296,431 loans worth a total of $4.1 billion.