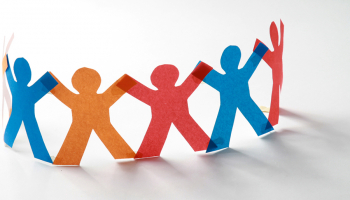 Wells Fargo has made equity investments in five African-American Minority Depository Institutions (MDIs) as part of its 2020 pledge to commit $50 million to black-owned banks.

These bring its total investments to 11 MDIs to date, following investments into six MDIs announced in February.

Each MDI will be provided with access by Wells Fargo to a dedicated relationship team, to work on financial, technological, and product development strategies.

William Daley, vice chairman of public affairs at Wells Fargo, said: “The country’s MDIs are vital to minority communities, but over the last two decades, many have declined or have closed.

“The capital investment we are announcing is important, but it’s our relationship approach that will make the difference in their futures. We want to be a partner to these important institutions and, in turn, have a positive effect on local communities.”

Customers of the MDIs will be able to use Wells Fargo’s nationwide ATM network without incurring fees.

Cynthia Day, president and CEO of Citizens Trust Bank, added: “The partnership enhances our ability to deploy more capital in our markets and beyond.

“We appreciate Wells Fargo for its commitment and alliance in providing solutions to the very important challenge of addressing inequalities that disproportionately impact communities of color.”

Wells Fargo said that it will support each MDI’s development through a banking relationship in the form of a “single touchpoint coverage model”, helping them access its expertise and pursue strategic priorities, such as entering new markets, expanding locations, designing new products, and hiring staff to support loan growth.