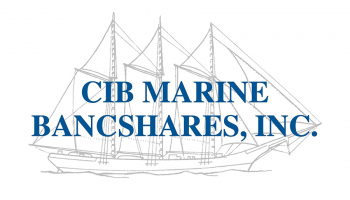 Activist investor Hildene Capital is pushing for a major overhaul at CIB Marine Bancshares, saying the company is underperforming.

Connecticut-based Hildene has also nominated two people it wants elected to CIB Marine’s Board at the annual shareholders’ meeting on April 29.

Funds managed by Hildene own 36% of each of the Wisconsin-based CIB Marine’s series A and series B preferred stock, as well as 0.1% of the company’s common stock.

In a letter to CIB shareholders, Hildene said it had “witnessed firsthand” the “decade-long mismanagement of the company marred by underperformance and unfulfilled promises”.

Hildene said it believed that, with the right leadership and capital structure, CIB Marine had the ability to achieve its full potential and create significant value for all shareholders. In November, Hildene approached CIB privately with a plan designed to optimize its capital structure. However, CIB “quickly dismissed” the proposals, according to the hedge fund.

The investor said its nominees, John Scannell and Raymond Tellini, were “well-respected executives who have significant experience overseeing financial controls, systems, and operations at financial institutions”. The pair would “work to ensure that CIB Marine operates with a long overdue shareholder-first mentality to maximize value for all shareholders”.

In response, CIB said it was proposing a share buyback plan “that is accretive to value as an alternative to Hildene’s self-enriching repurchase plan”.

Brian Chaffin, CIB Marine’s president and CEO, said: “Our estimates indicate that Hildene’s proposed plan would take twice as long as our plan to repurchase all outstanding preferred shares and it would require us to pay more than $20 million combined in debt service and preferred dividends, not including the repayment of subordinated debt or the price paid for the repurchased shares.”

He added: “While shareholders may be tempted to express displeasure with Hildene’s proposal, the strongest message our shareholders could send to Hildene is to discard any materials received from Hildene and overwhelmingly vote… in support of our board nominees.”