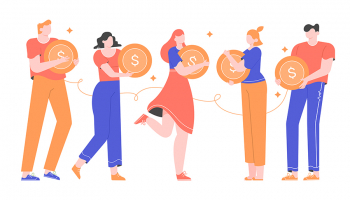 The COVID-19 pandemic has made consumers in the US more adventurous in trying out new banks, according to a new study from financial technology group FIS.

One in five people started using a new banking provider in the past 12 months, the firm’s survey found.

A third (33%) of those who joined a new bank were looking for better benefits such as higher savings yields and rewards, while 7% of consumers said they moved to access COVID-19 relief.

In a turbulent year, banks have taken a wide range of actions to assist customers through the economic and financial impact of the pandemic.

These have included waiving fees and charges, deferring payments on loans and credit facilities, suspending foreclosures, as well as facilitating government-backed support such as Economic Impact Payments and the Paycheck Protection Program.

The survey reported that large national and global banks have been the top choice for consumers searching for a new bank. More than a third (37%) of those surveyed opted for a large national or global bank when starting a new banking relationship in the past year.

This latest research echoes similar findings by data and analytics group Greenwich last year, which reported people’s willingness to switch their bank in the wake of the pandemic.

Credit unions were the second-most popular choice for consumers, with 18% opening accounts at these institutions. Direct banks also proved popular and are a fast-emerging competitor in the banking space, with 17% of respondents opting for this kind of institution to do their banking.

Rob Lee, head of digital and banking at FIS, said COVID-19 had been a “huge catalyst” in driving new consumer behaviours and “spells opportunity for banks and credit unions to advance their digital offerings and loyalty programs”.

Lee added: “To meet rising consumer demand for new banking experiences, FIS has been heavily invested in digital-first solutions that bring these new services and functionality to banks while also making integration easier than ever.”

Meeting rising demand and offering support through the pandemic had a positive impact on customers’ views of their banks. A recent survey by the American Bankers Association found bank customer satisfaction rose in this period, with 83% of those surveyed viewing their bank more favourably after they became aware of assistance options.