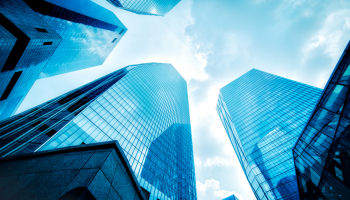 Banking M&A deals have continued apace in March as lenders seek to expand their regional presence and product offering.

California-based Plumas Bancorp has signed a merger agreement to acquire Yuba City-based Feather River in a transaction valued at $21 million.

The merger, due to take place in the third quarter of 2021, will create a combined company with approximately $1.3 billion in assets and with 14 branches throughout Northeastern California and Western Nevada.

Julie Morehead, president and chief executive of Feather River, who will continue with Plumas following the acquisition, said: “Gaining access to Plumas’ network of offices and extensive product lines allows us to expand our footprint and offerings beyond the Yuba-Sutter communities we have served for the past 13 years.”

CSB president and chief executive Wayne Patenaude called the expansion into Melrose “an exciting opportunity for us to serve a diverse and growing community” in Massachusetts. CSB also said it had donated $100,000 via its charitable foundation to local non-profits chosen by Melrose customers.

Last week, Wisconsin-based PSB Holdings, the parent company of Peoples State Bank, confirmed it had received approval for its merger with Waukesha Bankshares.

As at December 31, 2020, PSB Holdings had $1.13 billion in banking assets and operated nine branches across Wisconsin, while Waukesha Bankshares had approximately $140 million in assets and two branches.

The transaction included cash at closing of $86 million and contingent consideration of up to $36 million “based on the achievement of risk-adjusted revenue and origination targets over the next two years”.