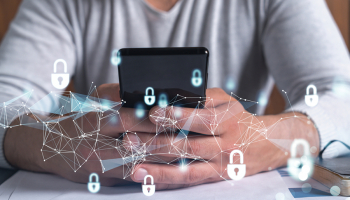 Online fraud attacks rose 250% over the course of 2020 as the pandemic pushed people to digital banking, according to a new report.

The Feedzai Financial Crime Report Q1 2021 found that there was a 200% increase in mobile banking and a subsequent 250% increase in online banking attempted fraud between the first and fourth quarters of last year.

However, both telephone and branch fraud rates dropped to lower levels than before the pandemic.

At the start of the Covid-19 pandemic, “card present” transactions declined by around 20% and remained around that level for the year, although fraud attacks on these types of transactions tumbled by 48%, Feedzai said.

Account takeover (ATO) scams – when fraudsters obtain stolen credentials, account information, and passwords to transfer funds or buy goods – saw the biggest increase during 2020, up 650%. Feedzai reported that a “surge” in ATO fraud in the third and fourth quarters caused the spike.

“Card-not-present” transactions accounted for 70% of all fraud attacks in 2020, Feedzai’s report stated.

Jaime Ferreira, senior director of global data science at Feedzai, said: “2020 was a year of rapid growth in financial crime.

“Fraudsters tried to take advantage of the convergence between a fast-paced digital environment and a new wave of inexperienced consumers to perpetrate a multitude of attacks that created a significant uptick in fraud.”

The Feedzai report found some regional differences, with the Asia Pacific region, where the pandemic began, seeing the largest dip in economic activity early on in the crisis.

However, it said that transactional volume in this region has since recovered, which is not the case in Europe or North America, where baseline transaction volumes remained down.

As countries imposed national lockdowns in the second quarter, demand for books and media streaming services increased. While demand has since fallen back towards pre-pandemic trends, fraud attacks in digital media in the US and Europe have increased 178% since January 2020, Feedzai reported.