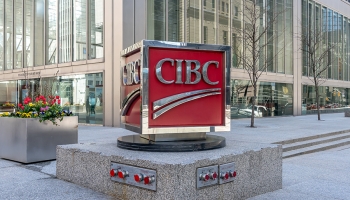 Canadian bank CIBC has been denied permission to complete the proposed sale of its Caribbean subsidiary.

CIBC agreed a deal in November 2019 to sell two thirds (66.73%) of its stake in FirstCaribbean International Bank to GNB Financial Group.

The sale valued the Barbados-headquartered bank at $1.2 billion, less than half its value when CIBC bought the company in 2006 from Barclays, according to Bloomberg.

However, after a protracted regulatory review process, Caribbean regulators have denied CIBC permission to complete the deal. There has been no official confirmation of the reason for the rejection, or which local regulators were responsible for the decision.

Harry Culham, group head of capital markets at CIBC, said in a statement: “While this transaction would have supported FirstCaribbean’s long-term growth prospects, it is only one way of creating value for stakeholders.

“FirstCaribbean is focused on building deep, long-lasting client relationships in the Caribbean, optimizing our business, and enhancing efficiency over time. We remain committed to executing on our long-term strategy and delivering the best outcome for clients, shareholders, team members and communities.”

Colette Delaney, CEO of First Caribbean, added that the two banks had “an excellent working relationship”.

“FirstCaribbean is a strong, well-run bank which is adjusting sensibly to the economic reality of the pandemic and is well-positioned to recover as the economies of the region recover,” she said.

According to CIBC’s latest results statement, covering the financial year ended October 31, 2020, the bank’s stake in FirstCaribbean has been a drag on its recent performance.

CIBC recorded a C$220 million (US$174 million) goodwill impairment charge related to FirstCaribbean in the fourth quarter of its 2020 financial year, and C$248 million for the year. The quarter’s international banking revenue was down more than 11% on the same period the previous year, largely due to falling margins and lower fee income from the Caribbean subsidiary.