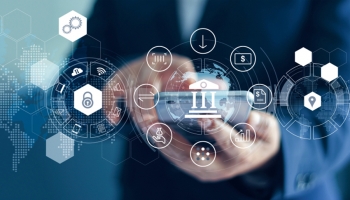 The Covid-19 pandemic has provided a major boost for the fintech sector, with more financial decision makers now using start-up tech companies as part of their every day lives, according to research by McKinsey.

The global consultancy group polled US consumers on a monthly basis between March and November last year to assess their use of fintechs such as challenger banks, payment firms, investment companies, and lenders.

More than 24% reported using a fintech banking platform, McKinsey found, while 6% of total consumers said they opened a new banking fintech account during the crisis.

The research also challenged the notion that mobile or online banking platforms were exclusively for younger people. While Generation Z (18-23 years old) and millennial (24-39) customers had the most fintech accounts, more than a quarter of baby boomers (aged 56-74) said they relied on a fintech account.

However, McKinsey’s report also highlighted that, while the pandemic had increased fintech platform usage, very few of these new users had never used such a platform before.

“It appears that the pandemic has swayed very few non-fintech-users to change course,” the consultancy’s report stated. “The convenience of being able to transact at a distance has failed to motivate them to consider opening fintech accounts.”