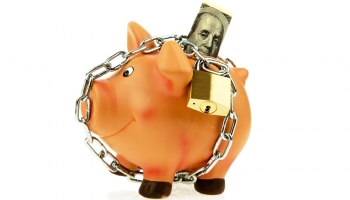 Banks across the US reduced the aggregate amount they had set aside to cushion against credit losses in the third quarter, according to data from the Federal Deposit Insurance Corporation (FDIC).

Provisions for credit losses totalled $14.4 billion across 5,033 banks at the end of September, the FDIC reported, down by more than 75% on the second quarter of 2020.

However, provisions were still 3.5% higher than in the third quarter of 2019.

The reduction in loss provisions helped push aggregate quarterly net income for US banks to $51.2 billion – an increase of $32.4 billion or 173%, when compared with the second quarter of 2020.

However, this figure was still $6.2 billion or 10.7% lower than Q3 2019. The annual decline was predominantly due to the impact of lower interest rates, the FDIC said. Just over half (51.3%) of banks reported lower net income compared to a year ago.

Total loan balances across the banks covered by the FDIC fell slightly by 0.8% during the third quarter of the year. The period also covered the end of the Paycheck Protection Program, which added $4.9 billion in loans in aggregate.

Deposits moved higher by 0.9%, or $156 billion, from the previous quarter, the FDIC reported. Total industry assets reached $21.2 trillion at the end of September, after an increase of $81.6 billion or 0.4%.

Robert Strand, senior economist at the American Bankers Association, said the data showed that banks “remain resilient and continue to provide strong support for their customers and communities in the face of ongoing challenges from the COVID-19 pandemic”.

“Despite significant headwinds, net income increased in the quarter,” he said. “With solid capital levels and strong risk management measures in place, America’s banks remain a source of strength for the economy.

“While the economic outlook remains uncertain, the prospect of effective COVID-19 vaccines could bolster the recovery moving forward. Banks stand ready to do their part while continuing to work with customers financially strained by the pandemic.”