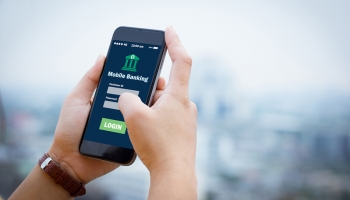 Banking apps are being used more than ever before by US customers, according to a survey by the American Bankers Association (ABA).

This marked the first time that smartphone apps came out on top since this channel was first introduced to ABA’s surveys in 2009.

However, the trend was not a direct result of Covid-19, the association said, as although app usage had increased, this channel was already the most popular channel at the beginning of this year.

According to the latest survey, mobile apps were being used by 39% of Americans polled during the pandemic, up slightly from 36% before the crisis.

At the same time bank websites have received a similar uptick in use from 29% to 32%.

Bank branch visits have fallen from 17% to 10%. In the same timeframe.

“Banks have made innovation a priority, investing in tools to give consumers faster and more secure access to their money,” said ABA senior vice president of innovation strategy Rob Morgan.

“Consumers were already embracing mobile banking prior to the pandemic and this survey shows that even more people now appreciate the ease of use and convenience these platforms offer. I expect the adoption rate only to grow from here.”

In June, research by JD Power ranked Truist, Capital One and Huntingdon as having the best apps for consumer satisfaction.

The ABA survey also detailed how different age groups were using banking apps. Over half of Generation Z and Millennial respondents confirmed they were using these apps both before and during the pandemic.

At the same time the survey found Baby Boomer customers were more likely to be using bank websites than apps, with this being the most used channel for 38% of respondents in this age bracket. Before the pandemic branch visits were still the second most popular channel at 25%.

Since the pandemic, branch visits have fallen across the board and were only used by 15% of Baby Boomers.

The Covid-19 pandemic has had a major impact on how people interact with their banks, according to multiple studies. In April, just a few weeks into the crisis, payments firm ACI Worldwide said that more than half a trillion real-time payments were expected to be made over the next five years as digital payments became the norm.

Mobile wallets are expected to reach a market size of $7.6 trillion by2027, according to a report from Allied Market Research, published in June.