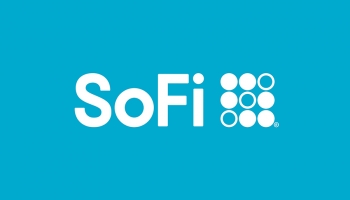 Fintech startup Sofi has been granted preliminary conditional approval from the Office of the Comptroller of the Currency (OCC) to receive a national bank charter.

The license application for SoFi Bank, National Association was submitted by SoFi in July 2020.

The San Francisco-based company's application will need regulatory approval from the Federal Reserve and the Federal Deposit Insurance Corporation (FDIC) before it can operate as a bank.

“SoFi is on a mission to help consumers get their money right all in one app,” SoFi CEO Anthony Noto said.

“This preliminary conditional approval from the OCC is a testament to the mission-driven company we have built, the employees who help it grow, and the over 1.5 million members we currently serve.

“By pursuing a national bank charter, we hope to be able to give consumers more choices and enhanced value when it comes to a full suite of financial services, which can help even more people achieve financial independence.”

The news comes at a time when many challenger banks face headwinds as a result of the low interest rate environment, which some experts believe could lead to a fresh wave of consolidations.

SoFi launched in 2011 as a student loan company and has since expanded its services to include personal and mortgage loans, wealth management and stock and cryptocurrency trading.

A banking license would allow SoFi to hold deposits and provide loans without having to rely on a banking partner.

In 2017 it acquired mobile banking firm Zenbanx and last year it partnered with Coinbase to roll out crypto currency trading support.

The digital personal finance company previously filed for a banking licence in 2017 but this was withdrawn following the departure of CEO Mike Cagney, who left amid allegations of inappropriate behavior.

SoFi’s bid to become a bank follows in the footsteps of Varo Money, which became the first consumer focused fintech company to become a national bank when it was granted a license by US regulators in June.