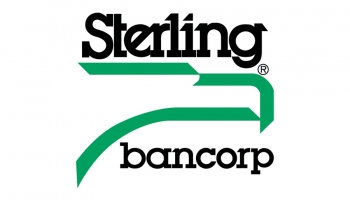 Nasdaq is threatening to delist Michigan-headquartered Sterling Bancorp from its stock market after the bank repeatedly failed to file regulatory documents on time.

In a statement last week, Sterling Bancorp – the parent to Sterling Bank & Trust – said it had received a ‘staff delisting determination’ from Nasdaq on September 15.

The bank failed to file its 10-K annual report for the 2019 calendar year, as well as 10-Q forms for the first two quarters of 2020, despite extensions granted by Nasdaq to September 14.

Sterling said it would appeal Nasdaq’s decision by requesting a hearing with the stock market’s hearings panel. The bank said it would use this opportunity to “present its plan to regain compliance with the applicable listing requirements”.

It also plans to request that Nasdaq’s planned delisting of Sterling’s stock be delayed until the hearings panel reaches a decision.

The regulatory filing delays stem from problems with the bank’s Advantage Loan Program, which was suspended in December amid issues with documentation.

Sterling subsequently admitted in March this year that “certain employees engaged in misconduct” connected to the origination of residential loans through the Advantage Loan Program, “including with respect to income verification and requirements, reliance on third parties, and related documentation”.

“The full extent of these issues and their potential consequences have yet to be established, and the internal review will take further time and effort on the part of [Sterling Bancorp’s] Special Committee and outside legal counsel to complete,” the bank said in an 8-K filing earlier this year.

The bank informed Nasdaq in March, May and August that it was experiencing delays in completing its annual and quarterly reports as it continued to investigate the impact of the misconduct.

In the statement last week, Sterling said an “additional review and procedures” relating to the delayed reports were “nearing completion”, but there was no guarantee that its requests to Nasdaq would be granted. An internal review was still taking place and “may require additional work”, it said.

Sterling has until September 22 to officially file its appeal to Nasdaq. The hearings panel then has 15 days to consider the delay request. The panel’s hearings generally happen approximately 30-45 days after a request is filed.

Sterling’s shares are still able to trade in the meantime. They were trading at $2.92 each as of this morning (September 21), but were down 1.68%.

The banking group’s share price plummeted in March along with the wider market as the Covid-19 pandemic swept the US. However, it was left behind in the subsequent stock market rally, and is down 63.5% over the course of 2020 to September 18, according to Nasdaq.