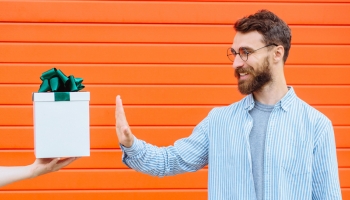 The combined value of banking sector mergers and acquisitions (M&A) completed in the first six months of this year halved when compared with the same period in 2019, according to PwC.

The disclosed total value of deals was $20.1 billion, almost all of which took place before the pandemic hit in March. In the first half of 2019 the total was more than $41 billion.

In total, 85 deals were announced in the first quarter and 41 in the second, compared with 89 in each of the first two quarters of 2019, PwC’s data showed.

The average value of deals also fell substantially during the period, especially since March. The price to tangible book value was down 6% in the first quarter compared to the last three months of 2019, and fell a further 27% between April and June.

“Many bank multiples have apparently recovered in response to fiscal and monetary stimulus and signs of improvements in economic data,” PwC said. “Yet, for now, markets are still extremely volatile, and valuations are not necessarily on solid ground.”

The Covid-19 pandemic delayed several M&A transactions, and even led to the cancellation of some deals.

Ally Financial was forced to abandon its planned acquisition of CardWorks in June, while Texas Capital Bank shelved its planned merger with Independent Bank at the end of May.

Virginia-based Pinnacle Bank’s planned merger with Virginia Bank was delayed in April owing to the impact of the Covid-19 pandemic, but amended the agreement and revised down the cost of the deal.

Despite the headwinds, the first half of 2020 still saw some substantial deals. Morgan Stanley announced in January its planned acquisition of E*TRADE Financial Corporation. At $13.1 billion, the deal made up the majority of the total disclosed value of deals for the period.

Other highlights included the completion of South State’s acquisition of CenterState Bank in a $3.2 billion deal, and Pacific Premier Bancorp’s completion of its purchase of Opus Bank.

The South State-CenterState transaction was billed as a “merger of equals”, and PwC said it expected other similar transactions to follow in the next few months “among regional banks with reasonably achievable synergies, low tangible book value multiples, and control premiums that are low or zero”.

Annual research from the Federal Reserve, the Federal Deposit Insurance Corporation and the Conference of State Bank Supervisors published last year found that 14% of community banks had been approached regarding a potential takeover while 25% had made an offer to buy another entity within the past 12 months.

The acquisition is expected to close by September 1.

Aurelio Alemán, president and CEO of FirstBank, said the transactions would be “transformational” and would “significantly improve our scale and competitiveness in Puerto Rico and will be financially compelling to optimize the use of our excess capital”.