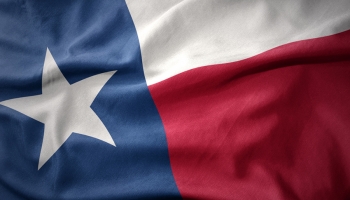 A trio of Texas-based banks have announced plans to merge into one entity, subject to regulatory and shareholder approval.

The combined entity will trade as Southwest Bancshares, and will have total assets of almost $1.5 billion, based on data as of May 31, 2020. The three banks will merge, but retain their brands and leadership teams.

Bruce Bugg Jr, who is chairman, president and CEO of the three holding companies, said the decision reflected the existing affiliations between the banks and their common shareholders.

He said: “It just made strategic sense for them to combine into one Central Texas banking franchise which covers San Antonio and Austin, the second- and third-fastest growing large American cities, respectively, and the Texas Hill Country which also has a strong and growing economic base.”

Bugg, who helped found all three banks over the past 13 years, added that the merger would “continue the culture and tradition of serving local businesses and communities throughout our new Central Texas banking franchise”.

The deal is expected to complete in the fourth quarter of 2020.

In a statement on June 30, Park Financial Group said American Bank of the North and The Lake Bank, both owned by Mesaba, would “join forces” with Park State Bank following the transaction.

The combined entity will be responsible for almost $1 billion of assets across 20 locations.

Park Financial has held a stake in Mesaba since 2018, but now plans to buy all shares in the Minnesota-based company.

David Saber, CEO of Park Financial Group, said: “We look forward to enhancing the strength of our family of banks as we clearly believe the whole is greater than the sum of its parts.

“Our communities will benefit from our increased size, strength, and presence; our employees will continue to be a part of a growing, but nimble organization that values collaboration and creativity; and we look forward to a bright future.”

Subject to regulatory approval, the deal is expected to close in the third quarter of this year.

BBVA said it planned to open 15 new locations across Texas, in line with its five -year strategic plan. It said branches would continue to play a key role in face-to-face relationships between bankers and customers, despite the growing popularity of online banking services.

“Though COVID-19 has expedited the migration of transactions from branches to digital channels, for the short term if not longer, the fact remains that banking is a people business,” said Larry Franco, head of retail.

“We recognize the power of the digital channel, but have an equally strong belief that banking is not an either/or scenario. There are pivotal moments in banking that require deep understanding, and during them, our bankers will offer solutions and highlight our relevant digital capabilities. This combines the best of both worlds.”

Synovus Bank has added a new branch Tampa, Florida, its 16th location in the city and 97th in the state. It is also the third new branch following its acquisition of Florida Community Bank in 2018.