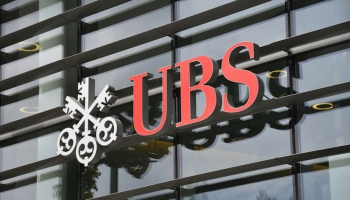 The Switzerland-based banking giant is planning to use the fund to make investments of between $10m and $20m in dozens of fintech companies, according to Bloomberg. UBS will hold these stakes for a minimum of five years.

While a UBS spokesperson confirmed to Bloomberg that the bank was launching the fund, they declined to comment on the specifics of the project.

Other incumbents in the space are pursuing similar strategies, with Swiss rival Credit Suisse investing millions into fintech firms via its entrepreneur capital arm.

The move from UBS follows the appointment of Ralf Hamers, a renowned advocate of digital transformation in financial services, as CEO in February. Hamers built his reputation with ING, another traditional bank that has become an increasingly active investor in the fintech space.

He will join the board on September 1, 2020 and take over from current chief executive Sergio Ermotti on November 1.

UBS’s wealth business has had to increasingly embrace digital services, as have banks across the US and Europe, as a result of the ongoing COVID-19 pandemic.

The bank’s global head of group technology Mike Dargan told Bloomberg: “UBS wants to further engage with and support fintech firms. The new venture investment portfolio is a next step to accelerate our innovation and digitization efforts.”

The venture fund will focus on investments in client engagement, investment and financing platforms, and improving banking operations. UBS is still in the process of hiring a team dedicated to run the fund, but has reportedly already started screening potential investments.

UBS’s global wealth management business posted a strong profit in the first quarter of $1.2 billion – 41% higher than in Q1 2019. Its personal and corporate banking division’s $334 million profit before tax was 14% lower than a year earlier. Ermotti said the strong results were a result of “years of disciplined strategic execution, risk management and sustained technology investments”.

While financial technology companies have been working more closely with traditional banks in recent years, industry reports and surveys indicate that there are several significant barriers to further collaboration and integration.

A report published in April by Capgemini and Efma found that only 6% of traditional banks were making a success of collaborations with fintech companies. More than two thirds (70%) of fintechs said they did not see eye-to-eye with incumbents due to cultural or organizational differences.

In an article for Banking Exchange published last month, Legal & General’s group director of digital strategy and innovation Martijn Moerbeek said wealth and asset management firms had been paying little attention to technology investment as a way to thrive as the global economy recovers from COVID-19.