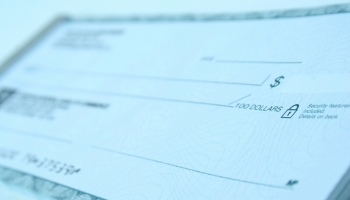 US banks prevented 90% of attempted fraud against deposit accounts in 2018, according to a new report from the American Bankers Association (ABA).

Check fraud attempts totalled $15.1 billion, or 60% of the 2018 total, the ABA found, with fraudsters using strategies such as counterfeit checks and forged signatures.

“Sometimes, what’s old is new again as we’ve seen criminals gravitate back toward check fraud,” said Paul Benda, senior vice president for risk and cybersecurity policy at ABA. “Fortunately, banks are well-equipped to catch this type of fraud and do it successfully day in and day out.”

Survey respondents predicted that online frauds and scams would become more prevalent in the next 12 months. They highlighted phishing emails, business email compromise schemes, internet job scams and “social engineering” as areas of concern. The latter refers to the manipulation of individuals to encourage them to give up security information or act as money mules, for example.

Benda said: “It’s important to remember that bank customers are protected against losses. When a customer reports an unauthorized transaction, the bank will take measures to recover the loss and protect the account.”

The ABA surveyed 151 institutions between May and September 2019.

The association has encouraged customers to be vigilant against scammers by not sharing account information or social security details online or over the phone, and shredding sensitive documents before throwing them away.

Data from Javelin Strategy & Research published last year showed that overall financial fraud rates fell by 15% in 2018 compared to the previous year, with 14.4 million victims in total. The research company cited a decline in card fraud as a key driver of the reduction.

However, Javelin also reported a sharp increase in instances of “new account fraud”, in which scammers open a new account in a customer’s name. There was also an increase in the number of reports of mobile phone account takeovers.