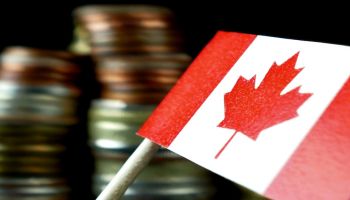 Americans tend to see Canada as a cleaner, calmer version of their own country – but their northern neighbor, it turns out, is a hotbed of money laundering crime. A new U.S. State Department report lists Canada as a “major money laundering jurisdiction,” in the same league as China, Iran, Paraguay, and other select nations.

According to the report, AML enforcement in Canadian banks is very lax, and the country is a major destination for fentanyl – financed by crypto-currency transactions by organized international gangs, from South America, China, and other drug producers. While the report adds that Canada cooperates with the US on matters of AML, its regulatory enforcement needs improvement, and Canadian criminals still have easy access to money launderers and others who can hide their illegal activity from authorities.

The State Department is hardly the only party to have noticed the massive money-laundering going on in the country. A new report by Canada's respect  C.D. Howe policy institute says that Canada “fails to catch money launderers 99.9 percent of the time,” while a report by the government of British Columbia says that dirty money alone  drove up the cost of housing in the province by 5% in 2018. Meanwhile, a German report says that money-launderers are using illicit funds to pay cash for luxury vehicles, which are then transported overseas with no taxes or duties paid. The reports have prompted many at all levels of government  to call for tougher AML laws, but it may be some time before those can be legislated, experts say.

Of course, Canada isn’t the only jurisdiction facing serious money laundering problems. Danske Bank, the national bank of Denmark, is now the focal point ofa major money-laundering scandal involving illicit funds laundered through its Estonian branch – as much as €200 billion. The scandal is so massive that  Swedebank and  Deutsche Bank have also been implicated. Regulators in recent months have come down hard on many other banks for money-laundering; the UK  fined Goldman Sachs  £34 million for a decade's worth of transaction reporting failures;  UBS was fined $15 million for AML violations;  Morgan Stanley $10 million;  Capital One $100 million; and so on.

What is going on here? Surely countries like Canada and Denmark, and financial institutions like Swedbank, would not sellout their hard-earned reputation for some short-term profits. Yet money-launderers seem to operate without restraint. How do they get away with it?

One problem for Canada – and many other countries, according to the State Department report – is that money launderers are using more sophisticated tactics to hide their activities, especially when it comes to utilizing new technologies.

If that's the case, new technologies to overcome those challenges need to be developed and updated to stay one step ahead of criminals. Government regulators have been turning to the private sector for help. A recent statement issued by the Office of the Comptroller of the Currency (OCC), the Board of Governors of the Federal Reserve System, the Federal Deposit Insurance Corporation, the Financial Crimes Enforcement Network (FinCEN), and the National Credit Union Administration, “recognizes that private sector innovation, including new ways of using existing tools and adopting new technologies, can help identify suspicious activity and combat money laundering and terrorist financing.”

Any viable AML solution must be:

Robust: Bad actors are able to get away with money-laundering in part because their suspicious transactions get “lost in the crowd.” Large banks can process billions of transactions every day, and without being examined in depth, there is no way for banks to determine which ones are suspicious. Solutions need to be able to be robust enough to handle that kind of workload.

Automated: Billions of transactions a day require a system that automatically executes required examinations. Suspicious transactions must automatically be flagged for further examination, based on a long list of possible AML violations, like being sent from an account in a country that is on an AML watch list.

Intelligent: One reason it's so difficult to catch money-launderers is that their transactions appear to be legitimate. An effective technology-based AML detection system needs to be able to evaluate subtle aspects of a transaction that could indicate that it is illicit. For example: If a merchant is filing many sale transactions from a website that has very little traffic, that would raise suspicions that the merchant is engaged in some form of transaction laundering, using a legitimate website to process illicit funds.

It's unlikely that even a dedicated human AML team would notice that – but an automated, intelligent, and robust AML system that examines each transaction for anomalies like that (and many others) could be effective in helping banks detect money-laundering activity.

In their statement, the agencies said that they “would not penalize banks that maintain effective anti-money laundering programs but choose not to pursue innovative approaches.” But, given the difficulty in battling money-launderers, using an effective technology would appear to be a wise choice. These aren't petty thieves; after all, they've managed to sully the reputation of Canada, of all places. If they're that good at their criminal craft, it's clear we need some heavy ammunition to protect our financial institutions.