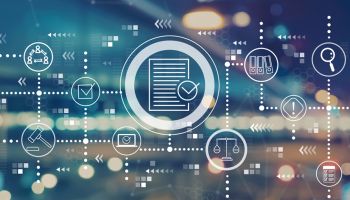 The first quarter of 2019 was the third consecutive quarter in which 50% of enforcement actions were taken against bank officers and directors individually as opposed to the financial institutions, according to Continuity’s Banking Compliance Index.

The survey’s finding show that individuals in leadership positions will be held to high standards of corporate citizenship, and not just institutions. The survey also states that Credit Union employees also felt the squeeze on individuals.  While overall regulation seems to be kept in check with what is considered a pro business administration, it does show continued enforcement overall.

Continuity’s Chief Regulatory Officer stated, “This quarter’s regulatory activity was in line with what we saw in the two preceding first quarters, so we’re starting to identify what is typical in this pro-business administration. Even though regulatory change still consumes considerable human and financial resources, the pace of new regulation has slightly leveled off. Now is the time for institutions to capitalize on this trend and take advantage of this opportunity to approach compliance management intentionally and strategically instead of merely reacting to changes.”

Other findings of the Survey are the following:

Technology adoption enforces standards while reinforcing a compliance culture and accountability throughout the organization. It also provides officers and directors with the information they need to provide appropriate oversight, in line with their roles and responsibilities.

The Banking Compliance Index™ (BCI) is a quarterly tracking index published by Continuity’s Regulatory Operations Center®. It measures the incremental cost burden on financial institutions to keep up with regulatory changes. While lawmakers in Washington are considered to be more focused on regulation than the previous Congress, most experts believe that an uptick in legislation or enforcement is unlikely under the present administration.