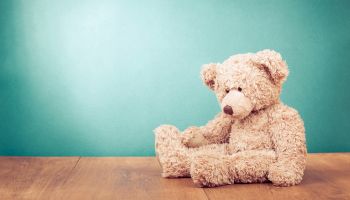 If there’s anything I’ve learned through years of coaching and training sales warriors, it’s that selling is about making people feel wanted and achieving resolution.

If you think about the people who walk through your bank doors today, what are they feeling? Maybe they feel anxious, or uncertain, or maybe they’re even excited about a potential loan to start up their own small business. But here’s one thing they don’t feel until you start talking with them: resolution.

The reality is that the most successful banks know they’re stocked with sales warriors who want to achieve that resolution for their customers. And how do they do that? By making prospects feel wanted to achieve it.

The question you may be asking yourself now is, “OK, so how do I go about that? How do I make the customer feel wanted to achieve that ultimate resolution and close the sale?” Glad you asked.

In 2002, Gallup released a study called, “When Speed Kills.” What they found was that customers care more about service quality and attitude than speed. When it comes to memorable service people tell their friends about, it’s more important that it feels friendly and thorough, rather than quick. And the reason people abandon their banks is because they don’t get those emotions. In other words, their salespeople didn’t make them feel wanted.

Just the same, a recent Kissmetrics study found that customers don’t just adore personalization – they’ll actually pay more for it at the end of the day. They studied waiters at a restaurant and had a group include mints with the final bill. They found that those waiters increased their tips by 23% just by throwing a few pieces of candy in at the end of the process.

Why do you think that happened? It’s because personalized experiences create a feeling of being cared about, and that increases profit. Just by doing one extra, small, unexpected thing, customers were more willing to give more of their money.

Here’s the thing about your customers, no matter what stage of life they’re in – they will absolutely pay more to achieve that resolution. Ambiguity is a sales plague, because it plays havoc on the customer’s brain. Ambiguity puts them in a disassociated emotional state because they’re overwhelmed and paralyzed by their options. When a customer walks into a bank and looks at a spreadsheet for a loan, that can trigger those overwhelmed emotions.

Like our two studies showed, there are two very easy ways to heighten that ambiguity and lose the sale: prioritize speed over thoroughness, and don’t listen to your customer so you can personalize your selling message to them. If you want to lose a sale in no time flat, there’s your formula.

But if you want to grow your bank, create legacy customers and give them the best customer service in the business, then you have your formula. The best sales warriors have a process they use every time, but

they also know how to customize their selling message so they can address the specific needs of every single buyer. That’s how you personalize your selling message. And they know that while getting to the close as fast as possible is key – ideally on the first visit – you can’t close the sale until you’ve addressed every objection and satisfied every emotional need. There’s just no shortcut for that kind of quality service.

This is what it means to make the customer feel wanted. If you make people feel big, they’ll buy big. If you make them feel small, they’ll buy small. So make every one of your customers feel wanted, give them the resolution they need, and watch your profit be unleashed.

Jason Forrest is the CEO at Forrest Performance Group in Fort Worth, Texas. Jason is a leading authority in behavior change and an expert at creating high-performance sales and best-place-to-work cultures through complete training programs. FPG has won five international awards for its behavior change programs in sales, leadership and customer service. Connect with Jason @jforrestspeaker on Twitter, and on LinkedIn.