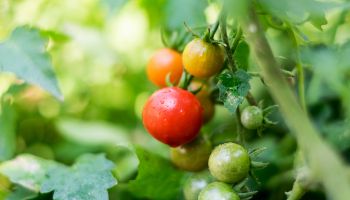 Once again, a federal court has ruled that efforts to quash the proposed fintech national charter are not ripe because the matter remains a proposal.

Following in the wake of a parallel federal case that was dismissed last December, another federal judge has dismissed an attempt by state banking regulators to block OCC’s proposed fintech charter.

On April 30, Judge Dabney Friedrich of the U.S. District Court for the District of Columbia, ruled on multiple legal grounds that the matter was not ripe for a decision. Friedrich was ruling in Conference of State Bank Supervisors v. Office of the Comptroller of the Currency.

His decision was a direct reaction to OCC’s request for a dismissal of the suit by CSBS, which represents state banking regulators. He made reference to the dismissal in U.S. District Court for the Southern District of New York, in a suit by the New York State Department of Financial Services.

No injury has occurred

In a key paragraph from his 20-page memorandum opinion, Friedrich ticked off why the CSBS lawsuit was premature:

“Several contingent and speculative events must occur before the OCC charters a Fintech: (1) the OCC must decide to finalize a procedure for handling those applications; (2) a Fintech company must choose to apply for a charter; (3) the particular Fintech must substantively satisfy regulatory requirements; and (4) the OCC must decide to grant the charter to the particular Fintech. When the complaint was filed, not even the first step—finalized procedures—had occurred.”

Where things stand at OCC

The fintech charter concept was proposed by former Comptroller of the Currency Thomas Curry. The formal proposal has not moved beyond the draft that was released while Curry was still in office.

In early April Joseph Otting, President Trump’s appointee as Comptroller, announced during a government affairs meeting of the Independent Community Bankers of America that OCC would publish its position on the charter within 60-90 days.

In a February interview with Banking Exchange Otting spoke to one attraction of proposed fintech national bank charters—and its flip side.

“Everybody views preemption as the Holy Grail in that space,” Otting said. “But often they don’t understand what comes with the Holy Grail—requirements for capital, liquidity, compliance, CRA, etc.”

In his remarks at the ICBA meeting, Otting was quoted by Reuters as saying that “We haven’t concluded on the position and we welcome people’s feedback. But I would say that if we did allow fintech to be regulated, they would be subject to the same rules and regulations as other banks.”

In reaction to the latest decision, CSBS President and CEO John Ryan issued a statement.

“We have received a decision from Judge Dabney Friedrich on Conference of State Bank Supervisors vs. Office of Comptroller of the Currency, a case brought in the U.S. District Court for the District of Columbia. The case involves OCC’s efforts to create a national bank charter for non-depository financial technology firms. Such efforts exceed the OCC’s statutory authority, CSBS argued.

Ryan went on to note that state regulators have been moving ahead with modernization efforts, “promoting access to innovative products while ensuring consumer protection.”

This includes the CSBS Vision 2020 project. That program includes development of a 50-state system of licensing and supervision for fintechs and other nonbanks. CSBS appointed a large fintech advisory group as part of its efforts.