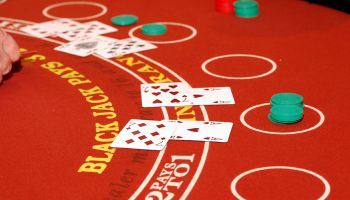 First Interstate BancSystem Inc.'s planned acquisition of Spokane, Wash.-based Northwest Bancorp. Inc. would mark its second M&A transaction in the Pacific Northwest in as many years, and the buyer's chief executive said more deal-making lies ahead.

"There's a lot of banks for sale out there right now," First Interstate President and CEO Kevin Riley said on a conference call April 26, one day after announcing the $160.9 million deal with Northwest. "We're not going to pass up a good deal."

Roughly a year ago, Billings, Mont.-based First Interstate entered the Pacific Northwest with its more than $550 million acquisition of Cascade Bancorp in Oregon. It picked up more than $3 billion in assets with the deal. It will now tack on some $827 million more and enter Spokane, a growth market that Riley described as "strong and diverse" economically and ripe for deposit and loan growth.

He noted Northwest's $670 million in loans and its low-cost funding franchise, which boasts a 0.25% cost of deposits.

Riley also touted the deal as a way to further bolster its presence in Portland, Oregon's largest market, and as a big step toward filling a gap between the bank's operations in the Mountain West and the Pacific Northwest. First Interstate's footprint spans six states.

Investors welcomed the deal, pushing up shares of First Interstate more than 2% in morning trading April 26.

FIG Partners analyst Timothy Coffey, who covers First Interstate, said the financial metrics were favorable. He noted that the deal, slated to close in the second half of 2018, is expected to generate more than 3% earnings-per-share accretion in 2019 and that tangible book value dilution is projected to be earned back within two years. Investors generally embrace earnback periods shorter than three years.

"It's a solid financial deal," Coffey said in an interview.

Riley said First Interstate remains active in deal talks and is interested in further acquisitions across its existing footprint. He said targets of roughly $1 billion or more in assets are now of particular appeal. First Interstate will top $13 billion when it closes the Northwest deal.

"We're being pretty picky about who we are talking to," Riley said. He added that in addition to substantial size in a target, First Interstate will be disciplined on pricing and wants to ensure that any further acquisitions have strong strategic merits.

But Riley added that First Interstate has a robust deal appetite and does not have to close the Northwest deal before inking another.

"If we have to overlap, we'll overlap," he said.

Charles Wendel, president of Financial Institutions Consulting Inc., said in an interview that, even though the field of potential bank sellers has shrunk following years of consolidation, "there are still plenty out there" and M&A "will continue at a decent pace."

He said buyers have relatively strong share prices and can use their stocks as currencies to seal deals with attractive targets. Acquirers, he said, can pay up some to enter growth markets and to secure more deposits in a period in which interest rates are rising and putting competitive pressure on banks to compete for funding.

"Banks are much more concerned about deposits now than just a year ago," Wendel said. "And M&A is one way to get at a lot of deposits all at once." 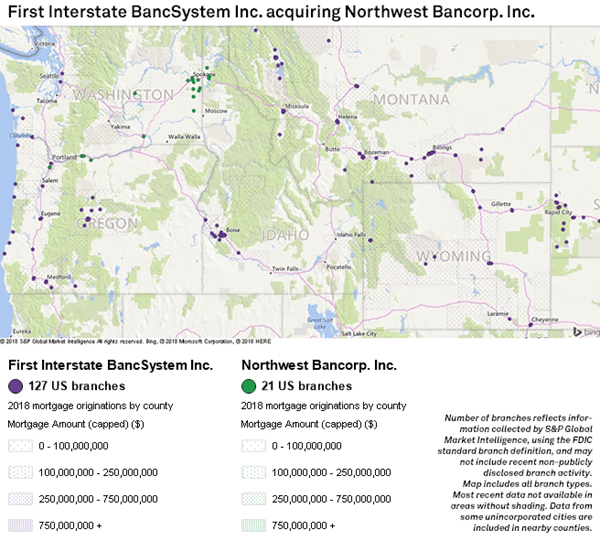 This article originally appeared on S&P Global Market Intelligence’s website on April 26, 2018, under the title, "First Interstate doubles down on M&A in prized Pacific Northwest"