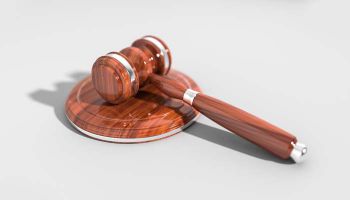 LendingClub denied most of the claims concerning its practices made by the Federal Trade Commission in U.S. District Court for the Northern District of California in San Francisco on April 25.

FTC’s complaint alleged unfair and deceptive practices (UDAP) and other violations of federal law in the 30-page complaint filed against LendingClub. Among the practices charged:

• Heavily promoting a policy of “no hidden fees, but deducting an origination fee that varied in size from the proceeds of approved loans. Disclosures were said to be easy to miss.

• Sending emails indicating that loan requests were approved that turned out not to be approved.

• Making unauthorized ACH withdrawals from borrowers’ bank accounts, in some cases after loans were paid off.

“Defendant lures prospective borrowers by promising ‘no hidden fees,’ but when the loan funds arrive in consumers’ bank accounts, they are hundreds or even thousands of dollars short of expectations due to a hidden up-front fee that Defendant deducts from consumers’ loan proceeds,” the FTC complaint states.

“Defendant is persisting in this conduct despite warnings from its own compliance department that Defendant’s concealment of the up-front fee is ‘likely to mislead the consumer’,” the complaint continues. “Defendant also has misled consumers about whether their loan applications have been approved.” FTC claims that of the approximately 196,000 consumers who received a particular “Your Loan Is 100% Backed” by investors email, at least 43,000—about 22%—were subsequently rejected.

The FTC complaint contains numerous screen captures from LendingClub website and mobile device screens, making its points regarding language used and disclosures made. A key point of the FTC complaint concerns an essential disclosure that it says was only revealed by clicking on a small green dot.

LendingClub responded with a statement, a news release, and a blog post, containing much overlapping verbiage. The statement said:

“We support the important role that the FTC plays in encouraging appropriate standards and best practices. In this case, we believe the FTC is wrong, and are very disappointed that it was not possible to resolve this matter constructively with the agency’s current leadership. In our decade-plus history we have helped more than 2 million people access low cost credit and have co-founded two associations that raised the bar for transparency. The FTC’s allegations cannot be reconciled with this longstanding record of consumer satisfaction that’s reflected in every available objective metric.”

LendingClub noted that it had voluntarily become part of the Consumer Financial Protection Bureau’s Consumer Complaints Database and that fewer than 15 consumers had complained about its rates and fees.

(The CFPB database contains over 1.5 million entries. The company says that its own complaint tracking indicates that fewer than 1% of customers complain about origination fees. Banking Exchange found there were 352 complaints of all kinds in the database against LendingClub overall.)

The LendingClub blog response to the FTC complaint—published on its website and not a legal filing—contains exhibits illustrating how the company believes it is clearly demonstrating how its fee arrangement works. (Some of the CFPB database complaints indicate that consumers weren’t always clear about this.)

“[We] believe that the allegations in the FTC’s complaint are legally and factually unwarranted,” the company blog states. “Additionally, several of them are based on matter and policies that we had already previously improved as part of the normal course of business.”

The company blog noted that the complaint stemmed from an inquiry opened in May 2016.

LendingClub’s response to the allegation that it indicated approval for loans not approved was that this resulted from a processing error that spanned 88 days in 2015. When the error was detected the problem was remedied, it said.

“From 2015 to 2017, LendingClub received fewer than three hundred complaints relating to double payments, post-payment withdrawals, or post-stop payment situations. During that time, we initiated 1.8 million loans and processed tens of millions of payments. We granted refunds where we made an error virtually every time. If a borrower had to pay additional costs, such as overdraft fees, LendingClub would typically reimburse those fees as well.”