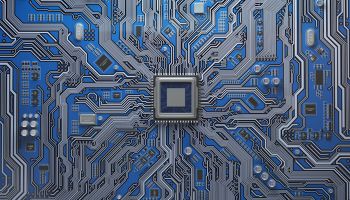 Challenges of core system contracts can be complicated, but they aren't insurmountable.

“I’m not here to bash the cores. Without the core suppliers, we couldn’t have a banking industry,” said Aaron Silva in his opening during a session at the Independent Community Bankers of America annual convention. By “cores,” he meant the bank technology companies that provide core processing support for a large share of the industry—all but the largest banks for the most part.

But Silva wasn’t throwing many compliments their way either.

“I don’t like the way they do business,” he said, describing the core provider business as an oligopoly.

“They are not interested in helping community banks compete against the big guys,” he continued.

In fact, Silva added, “there are many things in your agreements with suppliers today that are meant to stop you from accessing alternative technologies.”

While most of his comments related to core processing vendors—and the three largest in particular—some points can also apply to companies that provide specific types of technology services such as online or mobile transactions.

Silva, partner, Paladin fs llc, describes himself as a professional negotiator working on behalf of banks with their tech vendors—primarily banks between $300 million and $15 billion in assets. He has been doing this for 11 years, building a database of contract terms, which he refers to as his “blue book,” to assist banks to get the best terms possible.

He has appeared at other industry events, but this was his first appearance at an ICBA event, and he drew a sizeable crowd to a 1:00 p.m. session.

In 2016, Paladin, and the law firm of Pillsbury LLP, launched the Golden Contract Coalition. He spoke about the coalition, describing it as a means to “force the core providers to issue fair contracts.” The coalition does not negotiate price, he said.

In a brief interview after his presentation, he said the coalition has close to 50 members representing over $1 billion in contract revenue. He said he expects membership to be 100 by the end of this year.

He also said that “everyone joins the coalition anonymously,” and that the coalition will not disclose their name without permission. This prompted him to say: “What’s going on here?” Banks fear repercussions, he suggested—not a healthy situation.

In general, contracts of the big core providers are “opaque and confusing,” said Silva, with many clauses buried deep within the verbiage. One example of such a term is “clawbacks,” or the “assumption clause,” to give them their actual name, according to Silva.

He described a $700 million-assets bank that sold to another institution. The bank had been with its core provider for nine years and had three months left on its contract. The bank had estimated its termination fee would be about $120,000. But the contract had an clause related to a flex credit that said “if you sell the bank, you owe us that money back.” The fee to the bank? $1.1 million. The acquired bank pays the termination and de-conversion fee, said Silva.

Such things are “in all your agreements,” said Silva, adding, “This is not fair. But this is the way you do business when you’re an oligopoly.”

In fact, he said, often the acquiring bank, which may be bringing additional business to its core vendor by acquiring a bank that was using another vendor, still ends up paying what could easily be a six-figure conversion fee to its vendor for bringing the data over and converting it.

“What is wrong with this picture?” said Silva.

You pay either way

Actually, things can be worse. If the two banks are both with the same vendor, said Silva, the acquiring bank usually has several options: pay a termination fee, pay for lost profits, or extend its current agreement such that it equals the combined value of both institutions’ agreements—called a net loss provision.

It’s all about making the supplier whole—even though its costs are lower—says Silva. He believes the merged banks should be getting consideration for improving the vendor’s efficiency.

Silva said that contracts can be renegotiated early—it’s what his firm does—so that more favorable terms can be added to cover mergers and acquisitions, so that managements and boards can have more certainty about the cost of the transaction.

Silva also cautioned banks which are trying to negotiate a lower price on their IT contract or add new services to avoid agreeing to a “blend and extend.” In this scenario, the salesperson will agree to lower the price in return for extending the contract by another three years.

Silva said that in cases he had worked on, a bank may have gotten the cost cut in half, from $100,000 to $50,000, in return for extending the contract. However, what the bank didn’t know was that it was already overpaying by six times for what they were getting. In addition, said Silva, when checking Paladin’s blue book, there were examples of the same service being provided to other banks for under $10,000.

“What we really have, however,” said Silva are not ‘SLAs’ but ‘SLOs’”—service level objectives. An objective is a “subjective commitment to perform.”

Most banks, he said, have standard “99% uptime” SLAs. But that doesn’t really mean anything because there are so many nuances and disclaimers hidden within the fine print that it’s not a meaningful measurement.

“You can ask for a real SLA,” said Silva. “But you have to know what to ask for. They are not going to provide you with real SLAs.”

In other industries, he said, SLAs are specific performance standards that the vendor has to meet, or the client is entitled to varying remedies.

In terms of bargaining power, Silva said that just 2% of banks voluntarily leave their core provider each year. So when you threaten to leave as a way to negotiate a better deal, he said, “it’s 98% bluff—and they know it.”

On the other hand, about one third of banks that are acquired switch to the acquired bank’s core system, said Silva, so that in that scenario the providers have some vulnerability, which banks should exploit.

“That leaves you time to switch,” said Silva. He said the vendors want to postpone the discussion until 12 months out. But by then you’re in the “red zone,” said Silva using the football term for being close to the goal line. You have no leverage.

Also, always try make sure the bank’s various agreements—for item processing, online banking, etc., all come due at the same time, said Silva. You can do that by agreeing to go longer with some, say item processing, so that it matches the main agreement.

“To the extent you can line them up,” he said, “you have leverage.”

The term of the average core processing contract is 5.6 years, said Silva. In most cases the contract has to be five years to maximize the economic benefits, but he cautioned bankers to never agree to more than seven years.

Yet he’s seen some banks agree to ten-year deals. “Who would sign a ten-year contract?” he said. “The iPhone was barely out ten years ago.”

Silva also said it is a mistake to negotiate only on price, not on the contract terms. You’ll just end up with a bad deal that’s less expensive.

Banks under $300 million in assets, or do in-house processing, have fewer options in the renegotiating process, said Silva, because most of them are “at minimum pricing,” to use the vendors’ term. Such banks can still improve the contract terms, however, he said.

Silva ended his session by saying that while core providers in banking are doing a good job overall, it’s not the best service available in many cases. Unfortunately, he said, in current contracts, banks do not have a right to terminate because the product is poor.

Be a fiduciary about your technology contracts, he said, “trust but verify.”

In an interview afterwards Silva agreed that there are a growing number of options open to banks from newer entrants into the bank technology business—even core systems. Not all of these are viable, he felt, but Silva predicted that in five to ten years, technology relying on APIs—application programming interfaces—will be dominant.