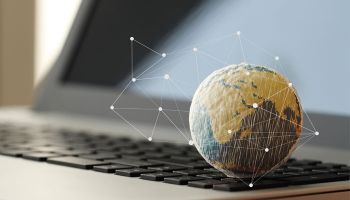 Citigroup Inc.'s finance chief said the company is working in earnest on a platform to provide a broader array of online and mobile banking services to retail customers in the U.S.

"We really are laying the groundwork for having a national digital bank," CFO John Gerspach said during a March 6 interview with analyst Gerard Cassidy at an RBC Capital Markets conference.

"I'm not making an announcement right now, but I'd be really disappointed if it was anything close to being three years away," he said.

Where Citi is heading

Though Gerspach stopped short of providing details on new products and delivery methods, he noted that Citi already has a large national base of consumers via its credit-card business, and it could build off of that to introduce more online services via a digital retail bank.

The goal would be to use its resources and heft—Citi is the fourth-largest U.S. bank by assets—to win new customers and gain market share at a time when the American economy is growing and confident consumers are borrowing and investing in big purchases. Citi trails its rivals in overall domestic retail banking business volume.

Gerspach said Citi also is investing in digital advances in its investment bank and other businesses, including in programs that enable treasury management professionals to move large chunks of money via smart phones and tablets.

"Technology is incredibly important," Gerspach said. "We're leaning in from an investment point of view."

Citi and its peers in the U.S.—JPMorgan Chase & Co., Bank of America Corp. and Wells Fargo & Co.—all say they will benefit from a corporate tax cut that federal lawmakers passed late in 2017. They have said some of the savings will get reinvested in their respective businesses in an effort to boost competitive edges.

Gerspach said that a new top corporate levy of 21%—down from 35%—should result in an effective tax rate of 25% for Citi this year, and 24% the following two years, down from 30% in 2017. That could save the company billions of dollars over the next few years, and Gerspach made clear that Citi intends to reinvest some of that into more digital offerings.

"The devil is in the details, of course, but the fact that there is just so much that you can do digitally now, I don't see why Citi can't expand there the same as any other" big bank, Bert Ely, president of bank consultancy Ely & Co., said in an interview. Ely is an independent analyst who follows the megabanks.

Recovered from a beating it endured following the financial crisis, and benefiting from economic vigor, Ely added, "I think Citi can get in there now and slug it out with the others."

Digital buildup for many

And the other big banks already are ramping up their digital ambitions.

Speaking at a conference in February, BofA Chairman, President and CEO Brian Moynihan said that tax savings would provide a boost to the bank's ongoing retail expansion efforts, including forays into new markets such as Pittsburgh. That work involves both physical locations and substantial investment in technology.

Moynihan said BofA views growth now as paramount—to stay abreast of competitive pressures. "We're not sanguine," he said. "We are paranoid that we've got to keep going."

Even as it grapples with a protracted sales-fraud scandal and efforts to trim expenses, including branch pruning, Wells Fargo has said multiple times in recent months that it is committed to bolstering its digital offerings and investing in new products.

JPMorgan Chase executives, speaking at the company's annual investor day last week, said the bank is rolling out several new digital products—on top of branches in new locations such as Boston—and will invest heavily this year on innovation programs. Tax savings will help.

"If we have to spend $1 billion to win, we'll spend $1 billion," JPMorgan Chairman and CEO Jamie Dimon said. "And I'm really not really kidding you. So don't underestimate what I just said. We will do whatever it takes."

JPMorgan, for example, reportedly is in talks with Amazon.com Inc. to potentially offer the retail giant's customers a "hybrid-type checking account." [Read “Amazon Checking’s implications for future of financial services” and “Bank with Amazon? Sure”]

Following JPMorgan's investor day, RBC's Cassidy said in an interview it was clear that the biggest U.S. banks see 2018 as a year in which to amplify an already strong emphasis on digital innovation and new services.

"We've been hearing this for some time, but the talk is getting louder and louder," Cassidy said. "It is getting hammered home now."