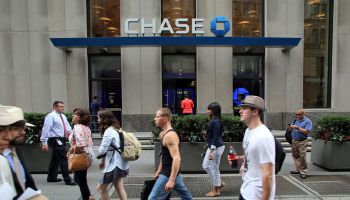 In late January, the largest bank in the United States announced it would be re-channeling the proceeds from the new tax bill into 400 new Chase branches in markets where it does not currently have a presence.

"This is a perfect time to be investing in some of those places to kind of build out the franchise," Marty Mosby, director of bank equity strategy at Vining Sparks, said in an interview. Mosby said the boost from a lower corporate tax rate will help the company challenge the two banking giants with large retail banking businesses: Bank of America Corp. and Wells Fargo & Co.

Where the pins go into the map so far

Filings with the Office of the Comptroller of the Currency show JPMorgan Chase Bank NA proposing one branch in Boston's Downtown Crossing neighborhood and one branch near Philadelphia's Rittenhouse Square. The company also has four locations planned in the Washington, D.C., metro area: two in the city itself, one in the Maryland suburb of Bethesda and another in the Virginia suburb of Arlington.

In Virginia, JPMorgan Chase paid $25 million for the site of a former Walgreen's pharmacy, according to property sales documents from Arlington County.

By expanding into Philadelphia and D.C., JPMorgan Chase hopes to fill in large gaps in its mid-Atlantic footprint. The company currently only has branches dotted across suburbs in New Jersey and Delaware.

What new branches are for

Mosby said JPMorgan will likely use the new branches to pursue middle market commercial real estate and affluent customers looking for the occasional in-person visit, adding that he does not see the company needing more than a few branches in a city.

Other analysts do not completely understand the strategy; Compass Point's Isaac Boltansky wrote Jan. 24 that JPMorgan Chase's expansion seems "odd" given the banking industry's shift to digital platforms, noting that Citigroup Inc. has sold its physical branches in Boston and Houston.

"It will be an interesting experiment to see if branches are still a necessary tool to gain share/clients in new markets," Boltansky wrote.

JPMorgan Chase said it plans on expanding into a total of 15 to 20 new markets. The applications received by the OCC also show JPMorgan Chase pursuing three branches in Nevada and California, around the Lake Tahoe area where it currently does not have any physical locations. 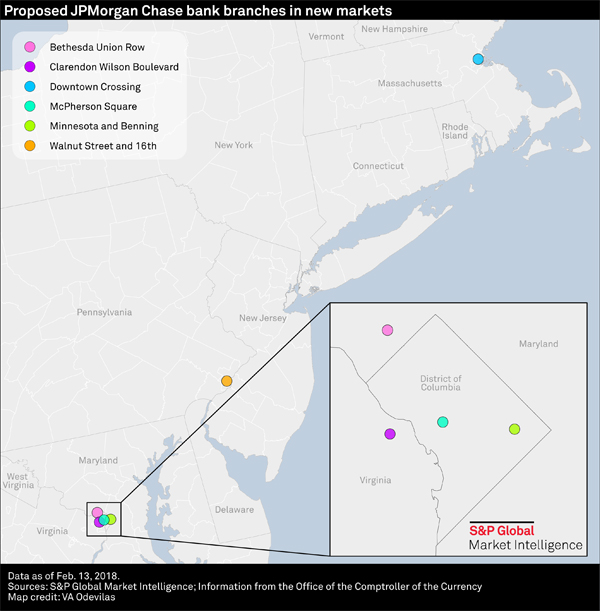