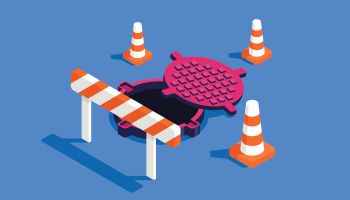 Despite a growing number of year-over-year bank deals, some of the industry’s leading M&A players say the regulatory environment has not eased—they have just gotten used to it.

"Acquirers understand how regulators are thinking with regards to M&A a lot better than they did six, or eight or 10 years ago," James Cornelsen, president and CEO of Old Line Bancshares Inc., said at a Jan. 31 FIG Partners conference. "I think it's a very risk-based oriented process, and prudently so."

Even with some familiarity quickening the process, Cornelsen and his peers say new worries are cropping up. Namely, an increased level of consumer activism, combined with a greater focus on Bank Secrecy Act and Community Reinvestment Act compliance, could increase the amount of time it takes to close a deal.

"Now there's an emerging pattern [of] consumer groups coming from afar, not even being close to your region, and weighing in on your merger," he said. "I know in our market in Maryland, there's a merger going on right now, and a consumer group wrote on it out of Florida. How do you anticipate all that, as a small community bank? It's a challenge."

Kathy Moe, the regional director of the Federal Deposit Insurance Corp.’s San Francisco office, said the FDIC is obligated to investigate any consumer claims and come to a resolution before moving forward. She said she has “definitely noticed” an increase in consumer protests over the last several years. She encourages bankers to meet with regulators as early as possible to rule out any potential deal pitfalls. She also encourages bankers to take a proactive approach, and meet with community groups to ward off protests.

“That could be something that can delay the process, and we've certainly seen that come up in a few instances more recently,” Moe said.

Build delays into your planning

Mark Kanaly, a partner at Atlanta-based Alston & Bird LLP, said banks should anticipate delays. He said about 95% of the time the seller is a public company, there will be a shareholder claim. He said most are “nonsense” and easily settled. But, he said bankers should be careful not to create a negative “fact pattern” that could lead to an argument of conflict.

Salvatore Inserra, a partner at Crowe Horwath in Chicago, said being prepared includes anticipating BSA risks. He said beyond the credit inspection of a target, BSA compliance is becoming a much more significant part of the due diligence process.

“If you miss that and you have to deal with it, it's now your problem,” he said.

“We spent so much time in years past making sure [we had] all of these loans identified to really understand our credit risk going in,” he said. “It's a lot easier to get your arms around credit risks than it is BSA, especially for us.”

Sierra Bancorp has completed three deals in about three years. He said most of its targets are in the $200 million range, and “tend to struggle a little bit more at times in the BSA area.”

McPhaill said Sierra Bancorp compares its policies to that of the target's, and fills in gaps when necessary. He said the company has gone so far as to hire an outside firm to remedy BSA woes after closing a deal.

In regards to CRA and single-shareholder lawsuits, "You get all kinds of weird stuff that can crop up," he said. “You try to be as prepared as you can, and go from there. If the deal makes sense, you can get through a lot."