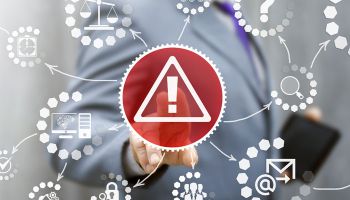 Years before news broke of a massive fake-accounts scandal at Wells Fargo & Co., regulators flagged issues at the bank. They did so using a "matters requiring attention" notice—an informal red flag that is less severe than an enforcement action and that, in theory, serves as an early way to identify problems and escalate their resolution.

But at Wells, the MRA was riddled with faults: The notice did not follow guidelines on communication, and the MRA was closed in 2013 without being fully corrected. Problems persisted at the bank until its widespread sales issues resulted in formal enforcement action, a management shakeup, reputational damage, and billions of dollars in legal fees and lost market capitalization for the bank.

MRAs in the regulatory process

An MRA is a notice that is communicated verbally and in writing to a bank's board and management team, and is included in the bank's examination report from regulators.

According to the Federal Deposit Insurance Corp., MRBAs should include a statement that discusses the significance of the matter at hand, the specific issue that needs attention, the measurable action to be taken and the benefits and consequences of acting or not acting, plus the bank's response and the timeline for implementation. The Federal Reserve describes MRIAs as matters arising from an examination, inspection, or any other supervisory activity that are of significant importance and urgency that banks must address immediately.

Vorys attorney Jeffery Smith is familiar with MRAs and said that in his experience, management and directors take these notices seriously and "ignore them at their peril."

At the same time, banks could struggle to deal with the volume of MRAs. H. Rodgin Cohen, senior chairman of Sullivan & Cromwell and a prominent banking attorney, noted that capital, liquidity, and credit quality have all improved in the banking industry at the same time that he has seen MRA issuance at larger institutions "soaring."

Currently, boards have to review and sign off on management compliance for every MRA or MRIA. The Federal Reserve has acknowledged that this practice is "almost surely distracting" from other board work since a large bank can juggle 100 or more outstanding MRAs at a given time. 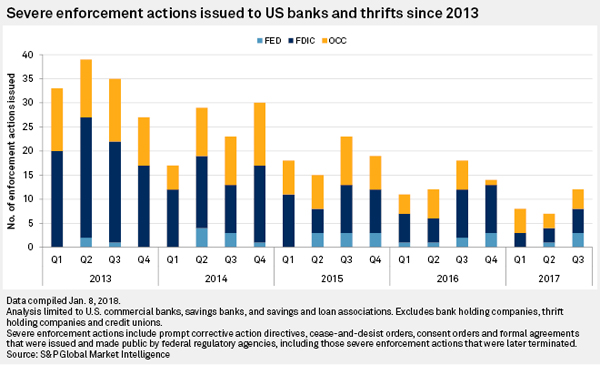 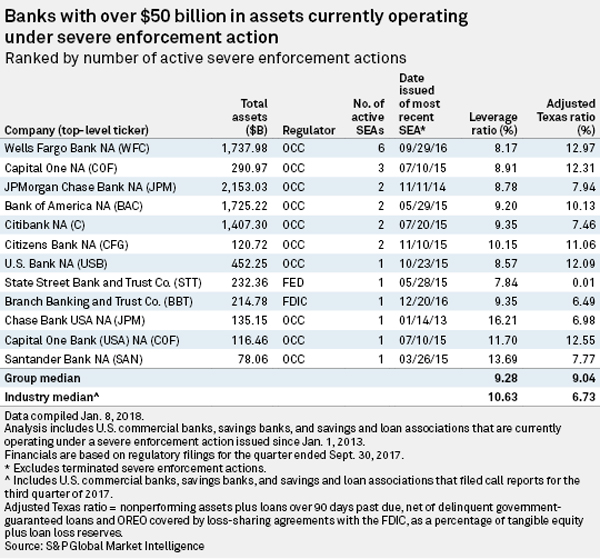 How will proposed changes affect dynamic?

Cohen believes examiner criticism will still play an important supervisory role even if these proposed changes to MRA guidance are implemented.

Bank executives do not want examiners to "hold their punches if they believe something is weak," Cohen said. "But there are certain criticisms that are of a lesser nature, and I think the MRAs should be reserved for those which are more important and require more immediacy in the response."

Regulators say that banks resolve the vast majority of MRAs before they become an enforcement action. There are 12 banks with more than $50 billion in assets operating under a severe enforcement action issued since 2013, according to a Jan. 8 analysis by S&P Global Market Intelligence.

Little is known about how many MRAs are issued and when, since their informal nature means they are not disclosed by banks. The Office of the Comptroller of the Currency, a federal bank regulator, said in its Fall 2017 Semiannual Risk Perspective that MRAs have declined to their lowest level since 2006 after peaking in 2012.

Ineffective MRAs can have huge consequences, as evidenced by Wells Fargo. The inspector general for the OCC reviewed the scandal and the way regulators handled it and issued a report in April 2017. It found that the OCC issued an ultimately "ineffective" MRA in 2010 that required the implementation of an enterprise-wide complaint management system. The MRA failed to follow several of the OCC's guidelines on communication, and it was closed in 2013 "without being fully corrected." The report said Wells Fargo is still dealing with issues that the MRA flagged—and which are now incorporated into the bank's 2016 consent order.

The Wells Fargo scandal is not the only recent and high-profile example of an ineffective MRA. In 2017, New Orleans-based First NBC Bank Holding Co. failed at a cost of nearly $1.0 billion to the FDIC, despite receiving a form of MRA years earlier.

First NBC opened in November 2006 and received its first MRBA from the FDIC in early 2010 following a July 2009 exam. While the issuance of the 2009 MRBA was consistent with regulatory guidance, the bank's board was unable to resolve any issues that were raised in subsequent MRBAs, rendering them "largely ineffective," according to a post mortem report that the FDIC's inspector general published in November 2017. It said the bank should have entered into a memorandum of understanding, another type of informal action, as early as 2010. First NBC's eventual failure was one of the most costly since the financial crisis.