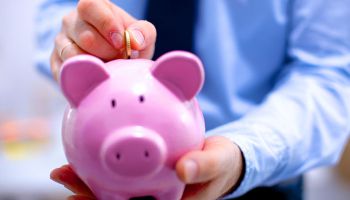 One example is Plant City, Fla.-based Sunshine Bancorp Inc., which announced a sale to Winter Haven, Fla.-based CenterState Bank Corp. on Aug. 14, 2017, just one month after its three-year anniversary. Several institutions, including large bank holding companies headquartered outside of Florida, had expressed interest in an acquisition. Sunshine Bancorp previously was a buyer. It had bulked up to $955.9 million in total assets as of June 30, 2017, with the purchase of Orlando, Fla.-based FBC Bancorp Inc. in 2016 and the deal with Lakeland, Fla.-based Community Southern Holdings Inc. in 2015.

Looking at the conversion classes for each year this century, the survival trends are clear. Of the 13 standard and second-stage conversions completed in 2000, 10 have been acquired, one failed and two remain operating. For the class of 2001, eight have been acquired, two are in pending deals, one failed and just one is active. For the next three years, the historical rate, including mergers of equals, drops to a range of 75% to 78%. Then from 2005 to 2011, the percentage falls to between 60% and 70%. It is still early for deals completed in 2012 and 2013, but six of those 22 institutions already have announced or completed sales.

Not including Sunshine Bancorp and Clifton Bancorp, 13 banks that have completed a standard or second-stage conversion have become eligible to merge since 2017, highlighted by Investors Bancorp Inc. As of Sept. 30, 2017, the regional banking institution based in Short Hills, N.J., held $24.78 billion in total assets. Investors Bancorp trades at one of the lowest price-to-adjusted tangible book ratios in the sector, excluding institutions not traded on a major exchange and those with less than $1 billion in assets.

Another eight banks will reach their three-year anniversaries in 2018. Arlington Heights, Ill.-based Ben Franklin Financial Inc. is facing a capital shortfall and is evaluating strategic options, which could include a merger.