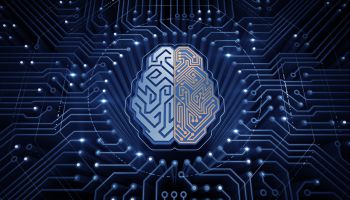 On several fronts 2018 will be the year more banks step further into new tech frontiers such as artificial intelligence.

2017 was an important year in the development and adoption of AI and blockchain, but both technologies remain very nascent, and many challenges remain for financial institutions looking to maximize their potential.

In 2018, banks already active in these areas will look to make the most of the major investments they’ve made in these technologies, while others will take their first steps in exploring them.

Here are three transformational trends in AI and blockchain that the industry can look forward to in 2018:

1. Smaller banks will experiment with AI.

There’s little doubt that AI will be a disruptive force. Banks’ wealth of data will allow them to train and continuously improve machine learning and natural language processing systems. This will give them powerful tools to automate critical tasks and deliver granular customer insights.

Until now, the bulk of the action concerning AI initiatives has been concentrated among the biggest financial institutions. JP Morgan, Bank of America, and Wells Fargo are some of the industry heavyweights that launched major new AI projects last year. A Digital Banking Report survey of close to 300 financial institutions earlier this year found that none of those with less $100 million in assets had deployed an AI solution. Meanwhile, 25% of the institutions with $10 billion to $50 billion had commercially deployed AI, along with 48% of those with more than $50 billion in assets.

However, smaller institutions can’t just sit on the sidelines. In 2018, community financial institutions will start deploying with AI in targeted settings and use cases.

The Digital Banking Report survey found that 29% of the participating banks with less than $100 million in assets planned to implement an AI solution in the next six months to a year.

Smaller banks are generally not as well positioned to leverage AI as their bigger counterparts. They have limited staff and resources, and often rely heavily on legacy systems that create stubborn data silos, making it challenging to get the right data to train AI systems.

However, more and more community banks are leveraging cloud-based systems to digitize their data and operations, a trend that will accelerate in the coming year and help overcome these barriers. Many of these cloud-based vendors will increasingly incorporate machine learning layers in their applications. Smaller banks can also look to partner with AI-specific startups and vendors to make their first AI splash.

Chatbots are being billed as the next evolution of digital banking beyond the smartphone app, allowing customers to speak naturally with an intelligent agent residing in the services they already use to conduct their everyday financial tasks and conversations.

Major financial institutions started to test and commercialize rudimentary bots in the past year that can perform simple tasks like reporting account balances or alerting customers to large transactions. These chatbots have limited utility and no customer would confuse their primitive language capabilities for a human customer service agent.

Advancing chatbots’ capabilities will require training them with more diverse data sets. Some institutions are starting to train their chatbots to conduct transactions by voice and text, which will open up new transaction data sets to the AI engines behind them.

That’s a start, but banks will need to do more to reap the full benefits of these intelligent agents, including breaking down data silos and cleaning up structured and unstructured customer data sets.

As more data is opened up to their systems, chatbots will take on increasingly prescriptive capabilities, a trend that is just starting to take off. American Express and Bank of America are both training their chatbots to provide recommendations on financial products. This will mark the start of a long journey towards transforming these chatbots into intelligent automated financial advisors that reside in every customer’s smartphone.

As chatbots handle more complex and sensitive tasks, security will also become paramount to earn customers’ trust in this new channel. Wells Fargo has been training its chatbot to recognize sensitive info provided by the customer and automatically encrypt it. Chatbots could also require a second layer of authentication for more sensitive interactions.

Banks started to turn blockchain proof of concepts into commercial services in 2018, but major challenges remain to leveraging this technology, which is still in an embryonic phase.

More banks will deploy blockchain-driven services in their operations in 2018, and they will also start to explore new use cases for the technology. That will require tackling the many issues with scaling blockchain systems, including interoperability, security, and throughput.

Blockchain systems have a wide breadth of potential applications in banking, and many institutions have multiple blockchain initiatives underway in different parts of their business.

Solving interoperability will therefore be critical to scaling blockchain across the organization. Unless different blockchain systems in different business units can communicate and share data with each other, banks risk recreating the silos that have long existed between their legacy systems.

This interoperability issue extends to getting blockchains to communicate with those legacy systems as well. Microsoft and IBM, for example, have been putting their weight behind standardization initiatives that can solve this issue, in hopes of building those standards into their own cloud services to increase the value of hosting blockchains in their clouds.

Additionally, security will become an increasingly pressing issue with blockchain in 2018. That will make the monitoring of activity within blockchain networks paramount in order to ensure individual nodes are transmitting correct information and are not being tampered with.

As banks explore more varied and sophisticated applications for blockchain, they will need to ensure that blockchain systems offer the necessary throughput. In some cases, that could push banks to explore alternative distributed ledger technologies besides blockchains.

Swirlds’ Hashgraph architecture, for example, is gaining some notoriety as it can process hundreds of thousands of transactions per second—far more than the Bitcoin blockchain, for instance—and is designed for authentication and identity management use cases that banks are likely to be interested in following this year’s disastrous Equifax breach. 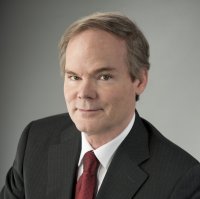