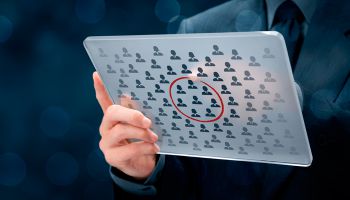 Location data from smart devices will increasingly enhance the trove of data financial services firms can already tap. The challenge remains not so much netting the data, but making it useful on a timely basis.

Data science has exploded with potential. The availability of more customer data than has ever before been available is matched by  increasingly sophisticated tools for digging it out and pulling relevant pieces together. And yet, in some ways, much of the potential for marketers has yet to be realized. That was the overall view of a panel of experts.

Sometimes the reason comes down to attitude and understanding, not technology. (Along the way come legality and compliance.)

Take the experience of Tom Burgess, founder and CEO of Linkable Networks, a loyalty marketing firm. Among the company’s sources of raw information are consumer point-of-sale data feeds from four major payment brands.

“Data has become the new tool to get smarter and produce a better return on advertising dollars,” Burgess said during a session at the new Data Disrupt/Financial Services conference in New York City recently. He said that companies with the deepest pockets recognize that potential and spend much “testing everything they can.”

“They are setting up some of the craziest ‘A/B’ tests that I’ve ever heard of,” said Burgess, a veteran of the ad business, referring to projects that contrast two variables to see which does best.

But what troubles Burgess is that much of the potential knowledge that could be gleaned from such experimenting gets left behind. Old habits fade slowly.

“They still fall back on ‘How many clicks did I get?’,” said Burgess.

Getting over the human element

Solving the people part of getting more out of data involves more than just getting past old perceptions and priorities.

Lauren Dickstein, vice-president of data and analytics strategy for Jornaya, a marketing data analysis firm, said that simple lack of communication becomes an issue at many companies. Those who have the data often don’t communicate with those who know how to understand it. And frequently those who need to understand the implications of the data aren’t communicating with the other parties.

“Starving in the land of plenty” comes to mind.

This is one example of the roadblocks between raw data and actionable understanding, something that moderator Eytan Bensoussan, CEO and co-founder, Ferst Digital, probed the panel on.

George Ravich, chief marketing officer at Earnix, a financial services specialist in data analytics, said that lack of talent plays a part. He said banks and other financial companies don’t lack for data, but frequently don’t have the talent on board to do the analytical work. By contrast, disruptive players do.

“Companies like Amazon are really good at using analytics,” Ravich said. Many banks, not so much.

Putting the right people inside the bank on the case also proves important.

“This is not just a job for the data scientist,” said Raphael Ouzan, founder and former chief technology officer of BillGuard, which was acquired by Prosper Marketplace.

Nor is it simply something to leave to artificial intelligence. Transactional data, in particular, can be “noisy,” he said, which requires some human judgment to help determine what should be considered meaningful and what shouldn’t.

Already, the amount of information marketers can tap is vast.

“We know all the places where you go and spend money,” said Ouzan. “Your credit card statement is the story of your life—everything you do, all of your experiences.”

The record plainly is there, but “making sense of this data is still a big challenge,” Ouzan continued. In fact, he allowed, the data available not only continues to grow, but will become multidimensional, and, increasingly, real-time in nature.

Specifically, Ouzan explained that much data today reaches marketers and others in banking at a delayed rate. However, the escalating connection between humans and their smart devices drives evolution in data.

“When you can combine financial data with location data from a phone, things become even more interesting,” said Ouzan. “We will see much more ‘just in time’ marketing—marketing the right product at the right time.”

“We need to be there at the ‘moment of truth’,” said Ouzan—the point where they make and execute on a buying decision. Thus the need for data timely data.

Long term, the advent of API-driven financial services may drastically change even what we define as “financial services,” suggested Earnix’ Ravich. Increasingly, he thinks, companies that are good at combining data streams to deliver what consumers need will drive what they use.

(API stands for application programming interface. One way of looking at APIs is as modules of functionality that can be strung, bead-like, via the internet to produce services for customers.)

But that is the long term. In the short-term, financial services companies need to figure out how to reach people now, in the sense of getting the best of their data for the most complete picture.

“A really significant challenge is to get people to opt in,” said Ouzan. “This happened much faster in nearly every industry except for financial services.”

Ouzan says consumers are afraid of how “Big Brother” will use the information.

“The data we are giving out on social networks is far greater and far more embarrassing than whatever access we are giving to our financial data,” said Ouzan.

The solution, in his mind: “Overwhelm the consumer with value.”

Consumers enter much private data on their phones, said Ouzan, and this indicates that their concern is not so much security, as some think, but value. Coming up with legitimate reasons for them to share data will help, the panelists said.

Burgess suggested that offering helpful data to consumers would be a fair exchange for the data they provide. The growing ability to track behavior across a consumer’s multiple devices will make this more practical than ever.

Providing free apps that organize a person’s data can enhance their understanding of their circumstances, Burgess said. The consumer who receives such aid will more likely be willing to share.

Data comes in many forms today, with differing lines around it. Institutions have customer data that is supplied to them by consumers, but they also hold data in the form of account records that provide behavioral trends that can be observed. More than one fintech executive turned banker has said that banks are veritable troves of such information. Banks have centralized data, such as credit bureau files, analysis, and ratings, to draw on. And there are public database records. That is just a sampling. Every category has its own issues.

The fluid aspect of this is the question of whose data this truly is. Tom Burgess pointed out that the “ownership” question is in flux. Is observed data that of the observer or the person being watched? What can be done with which set of data?

Such questions remain to be answered. This has been a major issue for the Consumer Financial Protection Bureau, though it remains under study. In Europe, the trend has been towards the consumer’s side, through legislation under the European Union.

Ravich pointed out that the advent of smart devices has muddied the already fluid waters here. Something as simple as a phone number traditionally belonged to the “phone company” providing that number initially, he said. But now consumers can keep their numbers and change their providers.

As the Internet of Things becomes a greater part of Americans’ lives, Ravich said, our household gadgets and gizmos will generate data that somebody will find of interest.

“I think the paradigm of who owns the data will change drastically over the next couple of years,” said Ravich.

If you own a smart home, complete with a smart power meter and a smart thermostat, somewhere a record of your usage, timing, trends, and more will exist. Does that information belong to you alone? Is it private? Does the utility providing the service measured or controlled own it? If so, can they use it, even sell it?

Such questions are not theoretical, because, as panelists indicated over the course of their discussion, the utility of data from various places will come together to provide clues to potential clients for banking services where clues aren’t available, or, at least, not seen, now.

Take mortgages. Lauren Dickstein said that fewer than one bank customer in ten who needs a mortgage obtain it from their own bank. Often, their bank has no advance knowledge that the customer was even in need of a home loan.

And yet, she said, the consumer may have been giving off partial signals that could have been summed to produce a clear signal to approach them with the bank’s mortgage offerings.

“You can know a lot about consumers if you know where to look,” she suggested.

Such issues raise the compliance flag, and a member of the audience questioned the panel about how much compliance and legal considerations entered their work. For example, did they use, or had their considered, use of auditors whose work is checking the algorithms used to analyze data?

“That’s a great question,” said Ouzan. “We don’t have the answer yet. But if you lose trust with the consumer, you’re gone.”

Burgess noted that compliance was a major consideration for his business. Given his financial services involvement, blowing that would blow the business.

So disclosures rank highly. “You need to be sure consumers can read about [data usage] in plain English,” said Burgess. Beyond that, however, must be the recognition that even plain-spoken disclosures may often be ignored.

Burgess has countered that, he said, by offering videos that make the same disclosures.

“The theory is that if you are educating and getting consent, you are in a safe harbor,” said Burgess. “But you’ll always have some kind of argument.”

Ravich is clearly excited by the potential of wider and deeper data insights. He discussed the concept called “data exhaust,” the science of marrying streams of data tracked for two different purposes to generate analytics in yet a third area—a useful byproduct of the original purposes. Yet he acknowledged that risks of abuse will be there.

“There’s always a dark side, to everything,” said Ravich.