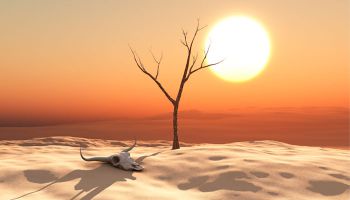 While market observers believe the Federal Reserve could raise rates in the next few months, most do not expect significant increases in either short-term or long-term rates for an extended period. This should put even further pressure on net interest margins through 2017, and any expansion beyond that point is likely to be minimal.

Even as credit quality has proven better than previously expected, there are signs that credit is likely to deteriorate as portfolios continue to season, weighing on bank earnings in the future. Assuming rates only move modestly higher, S&P Global Market Intelligence expects earnings to hold relatively flat as margins remain under pressure.

Fewer rate increases could arguably allow banks to slowly increase deposit costs, but funding costs will still rise due to a renewed focus on liquidity and increases in the LIBOR in recent months.

Some institutions have already seen deposit costs move higher despite the absence of rate hikes. Further pressures on liquidity could arise if the LIBOR, which has demonstrated a strong correlation with the cost of interest-bearing deposits over time, continues rising ahead of money market reforms in mid-October. Some larger, nontraditional banks are also looking to build deposits.

Loan-to-deposit ratios have already rebounded across most of the banking industry and are moving closer to the point where some banks feel they have fully leveraged their deposit bases. While loan-to-deposit ratios remain well below pre-crisis levels, regulations require the nation's largest banks to be far more liquid today than a decade ago.

Amid a lower-for-longer rate environment, S&P Global Market Intelligence expects deposit costs to reach 39 basis points by year-end 2016, up from 32 basis points in 2015 but down from our prior expectation for costs to rise to 44 basis points.

Deposit costs should rise more thereafter as short-term rates increase and banks feel rising pressures on liquidity. Loan yields have been under pressure in recent years due to aggressive competition, but they hit a trough in the second quarter of 2015 and have risen modestly since then.

Looking at the loan side

The recent increase in the LIBOR should help loan yields expand despite the expectation for the yield curve to flatten. Banks should continue to produce strong loan growth in 2016, with loans increasing 6.25% from 2015. Loan growth should moderate thereafter as economic growth remains relatively weak and credit quality begins to slip.

While various lending segments have shown signs of stress and bankers and their regulators continue to sound notes of caution, losses have remained low. Those loss severities will likely hold in the near term but begin steadily rising in 2017.

Loan delinquencies actually decreased the last two quarters when compared to year-ago levels. Most loan categories showed improvement, with the exception of commercial-and-industrial and auto loans, where delinquencies rose in the first and second quarters of 2016 from a year earlier.

The positive trend across most lending segments will eventually turn, and some observers believe the seeds of future losses are being sown today. In 2015, more banks reported easing than tightening in commercial product underwriting standards for the third consecutive year, according to the OCC. The regulator warned late in 2015 that credit risk is increasing, with the greatest easing in underwriting standards occurring in indirect consumer lending, credit cards, leveraged loans, other commercial real estate loans and CRE construction.

More recently, the OCC said that while the Federal Reserve's senior loan officer opinion survey in April reported a net tightening in underwriting for CRE and C&I loans in the fourth quarter of 2015 and first quarter of 2016, it has not seen any evidence of tightening.

The OCC, along with other regulators, has recently subjected banks with elevated CRE exposures to higher scrutiny, citing historically low capitalization rates and rising property values. 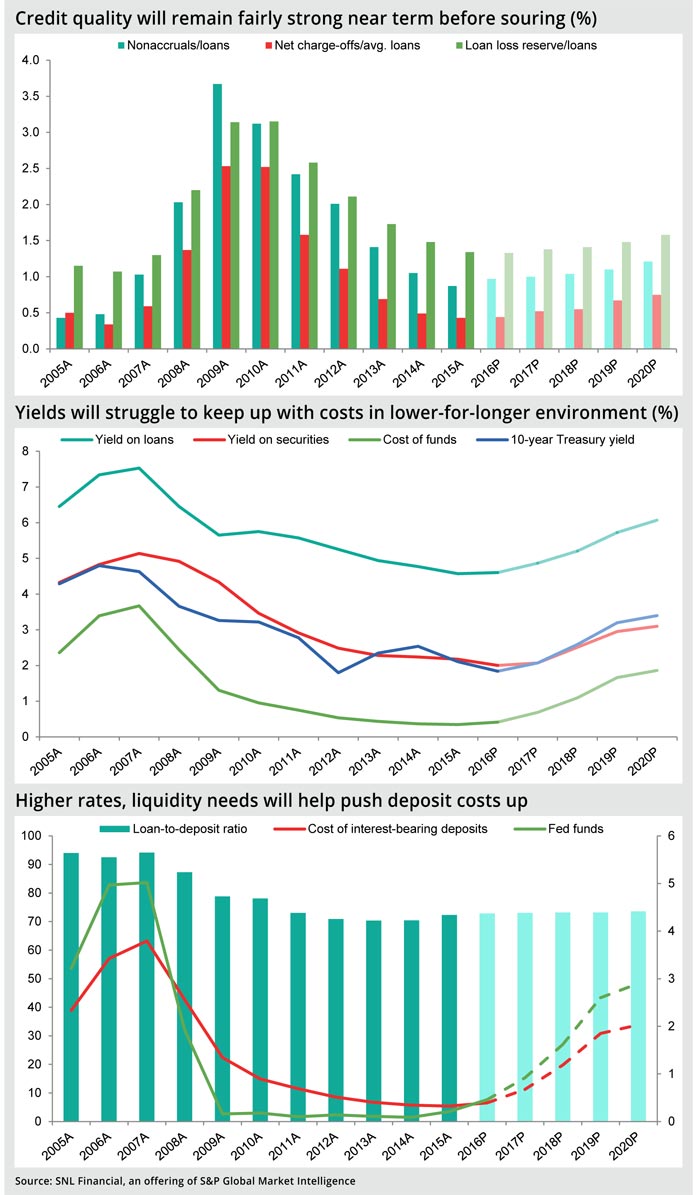 A number of banks have exited their respective CRE markets, either at the behest of regulators or of their own volition. Some bankers have even said that regulators are wise to raise alarms.

That apprehension is showing up in regular examinations, according to the FDIC. The agency said an increasing proportion of loan-related Matters Requiring Board Attention were focused on concentration risk management.

There are concerns among some market observers that a CRE bubble could be forming. Pricing has held up thus far, but CRE transaction volumes have dropped considerably this year.

Troubling signs have emerged in some other lending segments. A number of bankers have raised red flags about auto lending, pointing to higher default rates from subprime lending, falling used-car prices and longer repayment periods built into new loans.

Delinquencies on auto loans rose in each of the last three quarters when compared to year-ago levels. Experian Automotive noted in a Sept. 6 report that banks extended terms on new and used loans by one month when compared to a year earlier. The average rate on new loans rose 8 basis points from a year earlier through the first quarter, but actually declined by 22 basis points in franchise used auto loans, according to Experian.

S&P Global Market Intelligence analyzed nearly 10,000 banking subsidiaries, covering the core banking industry from 2005 through the first quarter of 2016. The analysis includes all commercial and savings banks and savings and loan associations, including historical institutions as long as they were still considered current at the end of a given year. It excludes several hundred institutions that hold bank charters but do not principally engage in banking activities, among them industrial banks, nondepository trusts and cooperative banks. The analysis divided the industry into five asset groups to see which institutions have changed the most, using key regulatory thresholds to define the separation. The examination looked at banks with assets of $250 billion or more, $50 billion to $250 billion, $10 billion to $50 billion, $1 billion to $10 billion and $1 billion and below.

The analysis looked back more than a decade to help inform projected results for the banking industry by examining long-term performance over periods outside the peak of the asset bubble from 2006 to 2007. S&P Global Market Intelligence has created a model that projects the balance sheet and income statement of the entire industry and allows for different growth assumptions from one year to the next.

The outlook is based on management commentary, discussions with industry sources, regression analysis, and asset and liability repricing data disclosed in banks' quarterly call reports. While taking into consideration historical growth rates, the analysis often excludes the significant volatility experienced in the years around the credit crisis.

The projections assume future fed funds rates and 10-year Treasury yields based on a monthly survey of more than 60 economists conducted by The Wall Street Journal. Interest rate assumptions for 2019 and 2020 are based on the Congressional Budget Office's annual outlook. S&P Global Market Intelligence does not forecast changes in interest rates or macroeconomic indicators and aims to project what the banking industry will look like if the future holds what most economic observers expect.

The outlook is subject to change, perhaps materially, based on adjustments to the consensus expectations for interest rates, unemployment and economic growth. The projections can be updated or revised at any time as developments warrant, particularly if material changes occur such as the implementation of the Financial Accounting Standards Board's impairment model, which is known as the current expected credit loss model, or CECL. The provision will drastically change the way banks reserve for loan losses. S&P Global Market Intelligence intends to make periodic updates as circumstances warrant.