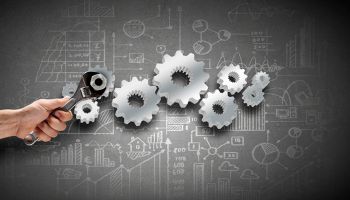 Despite what regulators have said, CECL is the beginning of the end for at least one community bank's in-house allowance calculation.

Community bankers and their advocates have warned that the new accounting standard, called the Current Expected Credit Loss model or CECL, will be an onerous and expensive requirement for smaller institutions.

They argued certain components of the new standard will require sophisticated data management and modeling and said the new rule will force small banks to move from manually built spreadsheets to costly vendor solutions.

But both the Financial Accounting Standards Board and the slate of prudential banking regulators promised the standard will be scalable to smaller institutions and that they will be mindful of their needs and resources.

Regulators said they "do not expect" smaller and less complex institutions to require "complex modeling techniques," according to a joint statement released shortly after the final rule was released in June.

Maybe not so certain

But Christopher Snodgrass is not so sure. As CFO of Southwest Virginia Bankshares Inc., he helped develop the spreadsheet the bank uses to calculate the allowance for loan and lease losses more than a decade ago. He said unit Bank of Marion, which had $357.6 million in assets at the end of the second quarter, never considered a vendor model to replace its spreadsheet—until CECL.

Snodgrass said Southwest Bankshares is pursuing a vendor solution because it should help manage the large amount of data needed to project life-of-loan losses and prevent potential complications that can come from developing a more complex in-house spreadsheet.

Snodgrass called the new expense an "investment." The bank met with three vendors and has narrowed the decision down to two providers. He declined to name the companies or the price they quoted him for the services.

"It is an expense but it's not an inordinate expense. It was an expense that was worth it, in our opinion, to do it right and get some meaningful information from it," he said. "It would help us manage a little better and get an accurate allowance. At the end of our decision-making process, we thought the complexity of trying to set up spreadsheets on our own was more prohibitive than buying a vendor solution."

But not every CFO is convinced that CECL will be too great a task for an internally built spreadsheet. L. Kirk Billingsley, CFO at Allegheny Bancshares Inc., fought against CECL the entire time he was a member of the FASB Small Business Advisory Committee. But now that the standard has been finalized, he is going to try to build a spreadsheet to accommodate the new model.

“Try” might be the operative word, but Billingsley sounded optimistic. He said building the spreadsheet may involve "some math and some head-scratching" but said he enjoys figuring out problems.

He said part of his insistence on doing it himself is holding regulators and FASB to their word that the standard will be scalable. He said regulators' expectations about the rigor of his bank's model and assumptions will be lower compared to the moneycenters or superregionals, and that he can come up with something that is "explainable."

"I will test them on this, when they say we're not going to make this onerous on the small banks," he said.

Size and scale may dictate approach

CECL requires banks to separate loans by types and then vintages, or the year they were originated, before breaking out the migration of credit health, information that the bank already has and can arrange as readily as a vendor could, he said. Billingsley added that unit Pendleton Community Bank Inc., based in Franklin, W.Va., had $274.8 million at the end of the second quarter and is a "clean bank"—all reasons he believes he can do it in-house.

"We haven't had a lot of issues," he said. "If we were 2x, 3x, 4x as big, I would need help or I would have other staff. But I think I can do it now with the information we've got and can extract from our own system."

But he has yet to start building the spreadsheet. He is guessing it will take roughly 80 hours to build, but may ask for help if the project looks longer than that.