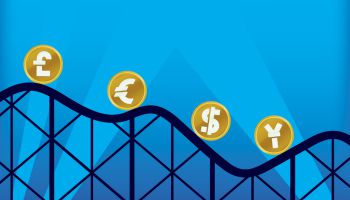 When the Federal Reserve released the results from the most recent Dodd-Frank Act stress tests, the regulator's findings differed materially from company-specific results. While the Fed's results were more dour than banks' on the all-important capital ratios, the central bank actually projected significantly better revenue performance in a negative-rate environment.

An inability to reconcile the Fed's stress-test findings with their internal models has been a source of frustration for bankers, and this year's results proved no different.

"I always joke, it's a stress test and it's effective because we are stressed the whole time," said U.S. Bancorp CEO Richard Davis during the bank's second-quarter earnings call. He added that banks had not yet received letters from the Fed detailing the results—not that those letters will have answers.

"We will never know exactly how the model works," Davis said.

The disconnect between banks and the Fed is, arguably, a feature of the stress tests. The Fed encourages banks to devise idiosyncratic stress tests specific to their case. Also, banks can apply an assumption—such as reduced lending in a recession—that the Fed does not apply to all banks. Further, the opacity ensures that banks cannot manipulate the system. If a bank could reproduce the Fed's methodology, it could target the lowest possible capital ratio while still passing. With a black-box methodology, banks need to build in a buffer to ensure their capital ratios do not fall below the regulatory minimum.

This year's results featured a very large gulf between the Fed's assumptions on revenue and the banks'. However, it was the Federal Reserve with the more optimistic outlook. 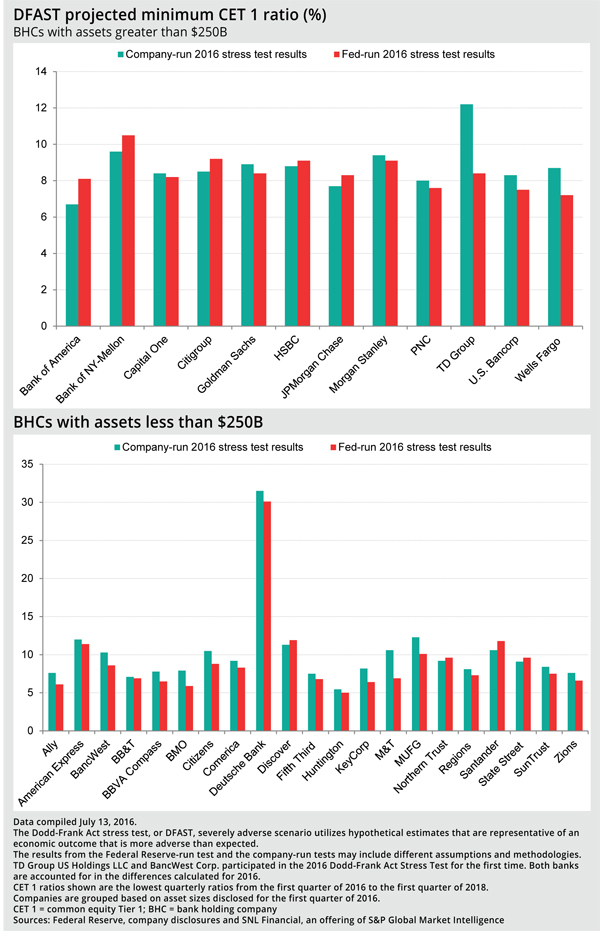 "When you talk about revenue, negative rates are a big question mark, so that could be a big reason for the divergence," said Joe Breeden, founder of Prescient Models, a company that offers banks consulting services on stress testing.

The Fed included negative rates in this year's stress tests, a first for the exercise. The severely adverse scenario included a drop in the three-month Treasury yield to negative-50 basis points, whereas the low point in earlier stress tests was positive-10 basis points. It appears that banks, weary from years of low rates, were more pessimistic about the revenue implications of negative rates.

The DFAST capital ratios are perhaps the most important part of the process, as banks must meet minimum ratios or face regulatory sanction. The differences between Fed-run and company-run capital projections were relatively similar in this year's test when compared to last year's. Whereas the Fed was more optimistic on revenue, banks continued to be rosier on their capital ratios in the stressed environment.

Across the 33 bank holding companies in this year's stress test, the average minimum common equity Tier 1 ratio was 9.6%, compared to a Fed-run average of 8.9%—a difference of 72 basis points. A year ago, when 31 banks reported results, the difference was 74 basis points.

Breeden said the stress tests remain on the same trajectory of improvement seen over the last few years. As banks better their internal models, they can reduce the amount of "model risk" they build into assumptions. He said an emerging area of concern—now that models are getting better and better—emanates from the role of the validator. Banks employ various individuals to work on stress tests, including a model developer, an auditor of the model and a validator of the model. In some cases, the validator will reject a useful model.

"It's a process with a lot of checks but not a lot of balances," Breeden said. "The person builds the model, and then you put it to these lines of defense, but sometimes you're defeating things that are actually pretty good." 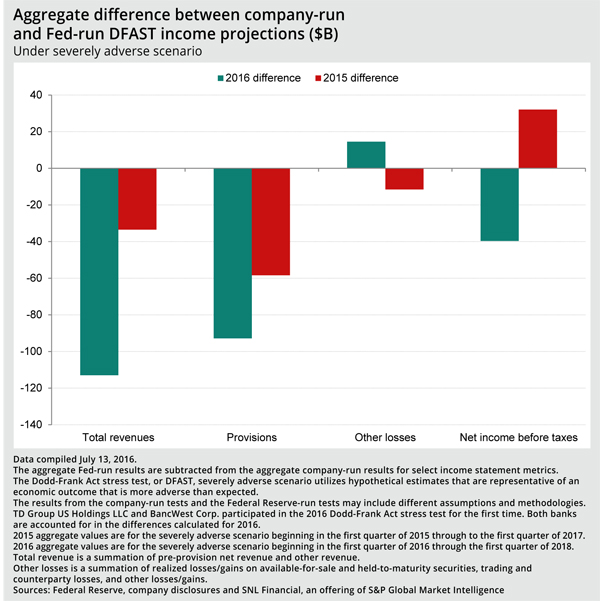 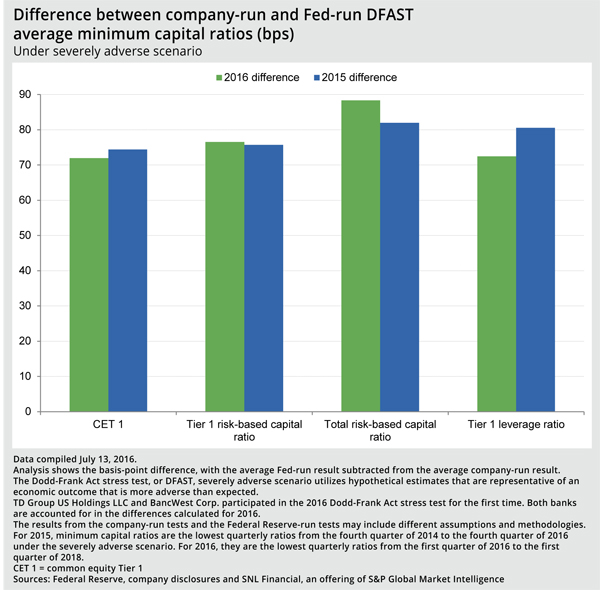 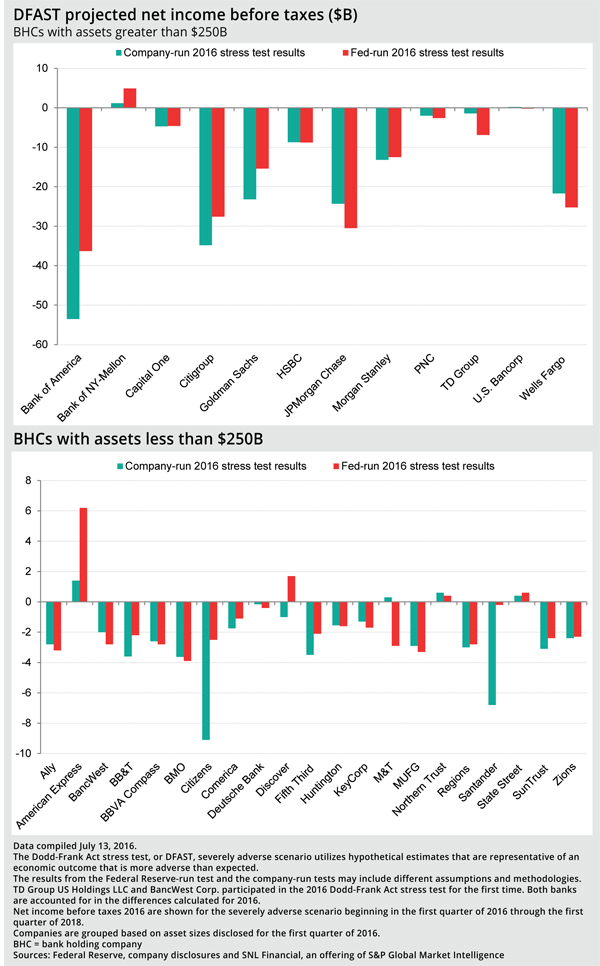 This article originally appeared on SNL Financial’s website under the title, "Fed rosier than banks on revenue amid negative rates"