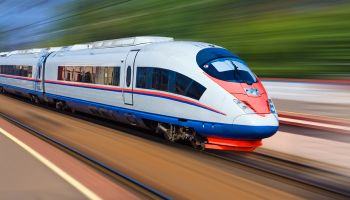 Emmanuel Aidoo, director at Credit Suisse, heads the blockchain and distributed ledger function at the international megabank, but he’s maintained a critical eye. He’s not a pessimist about the new technology, but a realist. Much is hoped for in the securities settlement area, and much may change, but blockchain isn’t the first technology to be ushered in with great fanfare.

“We’ve had so many false dawns, where we’ve been promised alchemy and been delivered lead,” said Aidoo, a panelist at a recent industry event, Consensus 2016: Making Blockchain Real, in New York City. “Our business leaders are less-inclined these days to just write a check and see how it goes.”

Indeed, Aidoo said more and more of the decision makers in large banks who write those checks are not generalists, but people with mathematical or other specialized backgrounds who understand what the specialists making promises are talking about. That means there’s a tough threshold of expectations to make it over.

Aidoo, speaking during a session about speeding up and otherwise improving securities settlement, told listeners that to succeed for that part of financial services, blockchain will have to be more than a layer placed atop legacy technology. The people who write the aforementioned checks, he said, wouldn’t be happy about that, “because all you will have done is doubled their costs.”

It became clear during the session that Aidoo participated in that there are many interests involved in any eventual transition to blockchain technology in the securities markets. There are entrenched processes that work pretty well, but while there is potential to improve things further, there’s more to it all than just established versus leading-edge technologies.

Robert Palatnick, co-panelist, is managing director and chief technology architect at Depository Trust & Clearing Corp. (DTCC), the settlement company. He noted that there are over 100 million settlements daily coming from over 50 marketplaces worldwide. The technology running that system can already process settlements in real time for under a penny per trade.

But officially settlements take days, and some settlements can take weeks, even months, in certain types of assets.

Why? Palatnick explained that “technology distance between real-time execution [of trades] and real-time settlement is a few microns of silicon line. But a few decades of  practice is what makes it a three-day settlement process. That’s the impact of regulations, that’s market practice, that’s investment bankers doing large blocks and allotting them to investment funds, and that’s clients writing checks and that’s regulations to protect the investing public.”

Testimony to the fact that practices are far behind existing technology’s speed is that DTCC is working on “T+2,” a project to shift in late 2017 to one less day for settlement from the current general three-day period. (See “Safeguarding securities trades,” coverage of a recent DTCC roundtable about this effort.)

Palatnick noted that there are many categories of assets that don’t clear so quickly, some taking weeks or even months to move. (Certain loans can fall into this category, speakers noted.)

“Those are huge areas of opportunity,” Palatnick said. He said the key to applying blockchain tech was finding “where the friction is and where the pain is.”

Banker Aidoo, however, believes that vendors must take a broader and deeper view of how blockchain could change the essential structure of settlement. Blockchain technology can improve basic processes, he said, so “if you’ve got a revenue model that is based on low-hanging fruit, you may want to rethink it.” Aidoo said it is possible that the technology will change practices and concepts that have been around for over a century. More than one speaker referred to the ancient buttonwood tree where brokers once gathered in New York to trade shares.

Adam Krellenstein, co-founder of Symbiont, agreed with his fellow speaker.

“Henry Ford once said that if he’d asked his customers what they wanted, it would have been a faster horse,” said Krellenstein, whose company is developing what it calls “Smart Securities” technology. “Technology truly is disruptive as it can change workflows themselves.”

Actually, Palatnick suggested that it is quite possible that the big changes of tomorrow will be driven not by the processing side but by the user experience side.

“You know, a lot of banking is about plumbing,” said Palatnick, and plumbing may not be the ultimate driver. To explain that, he pointed to his teenage son, who frequently uses Venmo to make small payments between himself and his friends. They couldn’t care less about what makes that service run.

“They are not beholden to the constructs of the last 40 years,” said Palatnick.

Aidoo agreed that ultimately bankers should be paid for their experience and expertise, not plumbing.

“But plumbing is an essential part of all that we do,” said Aidoo.

Governance will be critical

Much as blockchain began as part of a stateless currency [bitcoin], for securities markets, the entire panel agreed, governance will be critical. Development of the technology and its application requires leeway and freedom, Palatnick said, but given what’s at stake, someone must be in charge.

Blockchain will have failures, he said, “like all technology. When it fails, you need some central authority to complain to. The idea of governance here is critical.”

Interoperability will be a challenge, because the panel agreed that it was unlikely that everything to do with settlement would come down to a single blockchain application. Standards will be necessary, but speakers agreed that those can be difficult to arrive at. And standards setting often becomes a permanent fixture of an industry or a technology, to address ongoing issues.

“There will be competing approaches to this,” said Fredrik Voss, head of blockchain strategy for Nasdaq. “I don’t think there will be one chain to rule them all.”

While the session began as a discussion about speed, it became apparent that “faster” is not the whole picture. Aidoo said that as Credit Suisse moves further toward blockchain adoption, the reasons for doing so go beyond any gain in speed.

“Real time information sharing is the real value proposition here,” said Palatnick.  The gains in speed would be “miniscule,” he said, compared to other benefits.

Aidoo said that adoption of blockchain technology could assist with various aspects of risk management, and related to that, capital management. He pointed out that reconciliations could be rendered unnecessary if everyone were working off the same distributed ledger.

Aidoo said that Credit Suisse was already reviewing proofs of concept that would use blockchain to address settlement issues and thereby free up capital. One area the bank thinks it would help with are settlement of loan sales.

Palatnick saw a major appeal there. “From origination to servicing,” he said, “the entire loan process can be on the chain.”