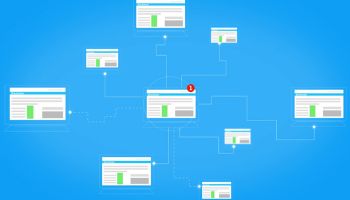 Microsoft announced its blockchain deal with R3, an international bank consortium, in a short video. You can view the video through a link in this article.

Microsoft Corp. and the R3 Consortium of banks have announced a strategic partnership to hasten the use of distributed ledger technologies—“the blockchain”—among the consortium’s members and global financial markets.

The announcement came earlier this week during Microsoft’s Envision conference in New Orleans. The effort will expand on R3’s experimentation with Microsoft’s Azure cloud service, which offers “BaaS”—blockchain as a service. Azure offers an “ecosystem” of BaaS partners.

R3 is a financial technology innovation company operating in New York, London, and San Francisco, that partners with over 40 large international banks on technology experiments. In early March R3 announced that the consortium member network had held successful trials of simulated trading of fixed-income assets among themselves using five different blockchain technologies. These were provided by Chain, Eris Industries, Ethereum, IBM, and Intel.

Besides announcing the strategic partnership, Microsoft and R3 announced that Microsoft would be the research firm’s preferred cloud services provider.

Overall the deal calls for Microsoft to provide cloud-based tools, services, and infrastructure to R3’s labs around the world, as well as dedicated staffers.