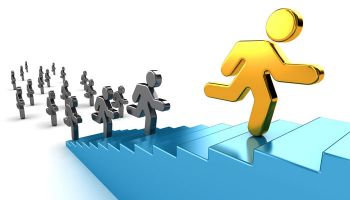 Community banks in the West region led the nation in loan growth in the third quarter as the Southeast continued to lag.

When compared with the linked quarter, the West showed the best growth, coming in at 2.26%, according to an SNL analysis. And on a year-over-year basis, the West region again produced the strongest median expansion, at 9.22%.

"Loan demand in our market areas remains steady and we are taking advantage of this economic improvement with measured portfolio growth," President and CEO Laurie Stewart said in the release.

Median third-quarter loan growth among commercial banks with less than $10 billion in assets, when compared with the previous quarter, came in at 1.75%, the SNL analysis of regulatory filings found. Median loan growth between the third quarter of 2014 and the year-ago quarter was 5.99%.

The Southwest region achieved second-best quarter-over-quarter growth behind the West, with 2.07% expansion, while the Southeast produced the weakest result with a gain of 1.32%.

Momentum behind the trend

Drexel Hamilton analyst David Bishop told SNL that loan growth was mostly in line with expectations for the $10 billion and below banks in his coverage universe. There was an expected rebound for some banks, including Conway, Ark.-based Home BancShares Inc., which saw a strong recovery in its commercial real estate pipeline. "That certainly came to fruition," he said. There was also continued strength on the commercial side from Rockland, Mass.-based Independent Bank Corp., he said.

Commercial construction seems to be rebounding nicely, Bishop noted. Some banks now have the capital capacity, and are seeing opportunities, to get back into the commercial real estate space.

"I think a lot of this is reflective of efforts that they've been working on for the past three or four quarters," Bishop said, as some commercial construction projects are starting to take shape.

"I think that's consistent with the message managements have been espousing that they continue to see health in the commercial real estate and construction markets," he added.

Meanwhile, the oil patch areas in Texas and Louisiana continue to be a bright spot and the commercial market in Tampa and greater west-central Florida is strengthening too. But pricing competition in many markets remains intense and deal structures continue to feel pressure in terms of issues such as lengthening duration and waiving guarantees, he said.

Median year-over-year growth was notable in some regions but still hovered mostly in the mid-single digits. Banks in the New England region saw 8.33% growth while the Southeast struggled the most, generating median loan growth of just 4.44%, SNL found.

Texas and the Southwest are still enjoying the fruits of oil and gas activity in the form of deposit growth, especially in central and west Texas, he said. Texas-based banks saw loan growth of 2.30% compared to the linked quarter and 9.29% growth on a year-over-year basis, SNL found.

"I think there will be revisits to the growth strategies discussions at senior management and board levels to toss around the political crystal ball relating to any new perceived opportunities if D.C. gridlock eases and we see some congressional efforts and/or movements toward reg relief, economic improvements etc.," he said. "However, on the other hand, we may see gridlock like never before."

The beneficial effects of purchase accounting accretion income is starting to accelerate for some of the banks. "And that's obviously having an impact on the margin," Bishop said. On the flipside, the recently completed quarter was the first without a sequential decline in interest bearing deposit costs.

"So it appears that those have reached an inflection point," said Bishop. Deposit pricing is becoming more important in terms of asset liability management for some banks, he said.

Payne believes banks will see quality loan growth in the "stable to lacking" range for the coming quarter, though 2015 may bring more optimistic attitudes and opportunities—especially in M&A. "Overall, things seem to be status quo and relatively quiet," he said.