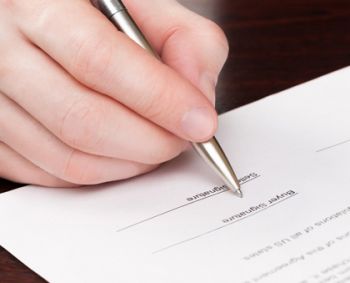 Virginia is home to two of the largest bank deals this year, and more deal activity is expected to come in the state.

A road many may travel

The targets in both transactions face many of the same obstacles as their peers in Virginia and across the Southeast, as they operate with heightened regulatory costs, challenging interest rates, and a competitive lending environment.

With margins under pressure, many banks are expected to eventually follow the same path as StellarOne and Virginia Commerce and partner with another institution. However, a flurry of deals arising soon seems unlikely, as several company-specific issues played a role in the institutions' decisions to sell. Regulation, a lack of potential buyers, and sellers' lofty expectations also serve as headwinds to deal activity increasing materially from current levels.

Few challenge the thesis behind bank mergers. If a bank is trying to grow earnings in the currently challenging environment, it can acquire another bank, cut costs, and diversify its markets and loan portfolio, according to Tom Tullidge Jr., managing director of Cary Street Partners LLC.

The added scale also allows smaller banks to more effectively compete with their larger counterparts, Tullidge said. The Richmond, Va.-based investment banker noted that the pro forma Union First/StellarOne franchise, with a $7 billion balance sheet, can be competitive for larger commercial credits that would normally go to a large bank by putting capital behind businesses that would prefer to borrow from their hometown bank.

"If you're a $20 million or $30 million credit, dealing with one of the big five in our area, you just don't get the same attention that you would get from a Union Bank. That size credit is very important to them where for BofA at $2 trillion, a $30 million credit is sort of an afterthought," Tullidge said.

The overall deal value in the Union First/StellarOne deal is one of the largest to surface this year, which has been far from buoyant for deal activity. The Union First/StellarOne and United Bankshares/Virginia Commerce transactions together account for one-quarter of the aggregate deal value of transactions announced in 2013, according to SNL data.

The prices buyers agreed to pay for those franchises were substantially higher than most deals, too, coming in at 142% and 183% of tangible book value, respectively. SNL data show that prices paid in Southeastern deals over the last 12 months averaged approximately 91% of tangible book.

Deal activity has been relatively sparse in Virginia until recently. Just 10 Virginia-based banks have agreed to sell since the beginning of 2011, two of which, StellarOne and Central Virginia Bankshares Inc., announced deals June 10. The recent moves by StellarOne and Virginia Commerce to sell could encourage similarly-sized banks in Virginia to pursue their own deals, Tullidge said.

"I think it may be a catalyst to a number of the other banks that had been a peer of either one of these for that $2.5 billion-to-$4 billion asset range to consider that they may need to find a partner. It may well get some of them off the dime," Tullidge said. "Of course, you've got to sort through the social issues and the regulatory issues as to whether you can get a deal done."

SNL data show that 19 Virginia-based banks have between $1 billion and $10 billion in assets as of March 31, including six banks between the $2.5 billion-and-$4 billion asset range. Three of those banks are currently tied up in mergers.

Those mergers, as well as other deals inked during the credit crisis, have reshaped the Virginia banking market. Union First Market and United Bankshares will become much bigger franchises with their acquisitions, moving into the top six in terms of deposit market share on a pro forma basis.

The Virginia banking landscape has changed since the credit crisis, even beyond the most recent deals. For instance, Capital One Financial Corp. moved into the top 10 rankings in terms of deposit market, largely through its purchase of Chevy Chase Bank. Capital One has retained the market share gained through that deal and even added customers organically, SNL data show.

Union First Market and StellarOne had inked sizable transactions in Virginia well ahead of their planned merger, with the former acquiring a $1.3 billion-asset institution in February 2010 and the latter forming through a merger-of-equals of two banks with roughly $1.5 billion in assets each early in 2008.

Other small banks might recognize the need to partner with another bank to move up the rankings and gain the necessary scale to allow them to compete with the likes of BB&T Corp., Wells Fargo & Co., SunTrust Banks Inc. and Bank of America Corp., which hold close to 70% of the deposits in the Virginia market.

Virginia Commerce and StellarOne certainly had their own reasons for agreeing to merge.

Analysts noted at the time of the Virginia Commerce sale that the company had improved its asset quality and repaid TARP, but still faced some credit issues. Virginia Commerce also had scarcity value as the largest bank based in Northern Virginia.

For its part, StellarOne had recently initiated a three-part efficiency improvement plan but still had a long way to go before reaching peer level returns, according to Sandler O'Neill's Casey Orr. The Sandler analyst noted in a report reviewing the company's sale that StellarOne was also still in the process of looking for a replacement for its long-time President and CEO O.R. Barham, who was slated to retire at end of 2013.

Other banks might find the challenging environment alone enough motivation to consider partnering with another institution of similar size. However, lingering asset quality issues and regulatory constraints could throw a wrench in potential transactions.

David Baris, a partner in the Washington, D.C. office of BuckleySandler LLP, noted that the required accounting mark acquirers must take at the closing of a transaction remains quite punitive to buyers, particularly in the case of deals involving banks of similar size. He also said there are not many potential buyers in the marketplace, with regulators requiring buyers to have at least a CAMELS 2 rating.

The veteran attorney further noted that deals are taking much longer to close and said regulators are being "very, very careful in their reviews."

"There's some who have seen some of the deals fall apart because of surprise reasons like [the Bank Secrecy Act] or compliance or fair lending. Things like that may not have been as important before but now are important enough for the regulators to stop a deal in its tracks. And it's not something you can necessarily pick up during your due diligence," Baris said.