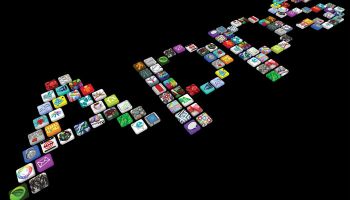 The growth of powerful smartphones and tablet computers is redefining the marketplace. What's astounding is more than the sheer volume of purchases that have taken place since 2010. It is the fact that many users of these wireless devices do not visit traditional websites or specially designed mobile sites. On the contrary, even though the internet is "their space," it is apps (mobile applications) that they use most.

The foundation is the platform

The Consumer Electronics Association (www.ce.org) predicted that tablet computer sales would overwhelm the market, and it was right. The association has forecasted that 98 million smartphones would be purchased in 2012, followed by 26 million tablet computers for the same period. This translates into one in five American households owning a smartphone or tablet. Both devices connect to the internet and most use operating systems that are not Windows-based. The smartphone and tablet operating system is the key differentiator. Why? It is as simple as touch, sweep, or drag and drop. That's it. Instead of selecting your "favorites" tab or a drop-down box on your internet browser, all you have to do is tap a previously downloaded app icon and you are there.

If you own a smartphone or tablet, you know it is a touch-based interface, which does not require a mouse or keyboard. Apps are fast, easy, and not a website. Using your fingertips, you can interact with the apps and accomplish just about any task you desire.

Apple announced last month that the Apple Store exceeded 500,000 apps. Wikipedia estimated that the Android Market would exceed 600,000 apps by the end of 2011.

With millions of smartphones and more than one million apps on the market, consumers and businesses alike are finding new ways to use the internet. Many are not using websites, because websites do not adapt well to the smartphone and do not have the feature functionality that users want.

For example, on a conventional internet banking website, the transfer of funds from one account to another requires a number of steps like selecting accounts using a drop-down list box, typing the "to and from" command, selecting a dollar amount, and, ultimately, pressing the transfer button or enter key. In contrast, with a specialized app, all that is required is to touch the app, touch the fast-cash transfer option, and drag the dollar amount from your savings account to your checking account. Done! If you need more money, just drag the fast-cash amount again. Do you want to apply for a loan? It's a touch away.

The app links the phone or tablet to the bank, via the internet, to enable live transactions. But the simpler functionality and interface are on the device, not the bank's site.

Most internet banking websites are not designed for the mobile world, let alone the app-based functionality of a smartphone or tablet. Just watch a tablet user for a few moments, and you will see immediately why conventional internet banking is rapidly falling behind.

In terms of security, app banking must comply with the FFIEC's supplemental guidance on internet banking. This is a challenge, but banking app numbers continue to grow each month. (For more on security, see article at http://tinyurl.com/secure-mobile)

Keep up with the "digital lifestyle"

The growth in apps, smartphones, and tablets is viral, and signals a huge shift in the marketplace, because it allows users to select or personalize the functionality of their devices.

Apps give smartphone and tablet owners power and versatility. Without apps, smartphones are expensive bricks and tablets are thin, flat-screen laptops. There is an important distinction, however, when it comes to mobile technology, and it is not simply functionality.

These new devices are becoming the centerpieces of the digital native lifestyle. Smartphones and tablets extend the mobility of our 21st century lives and the connectivity demands being placed on us. Furthermore, since they are portable and lightweight, and fit easily into our pockets, purses, or briefcases, they have become a formidable platform for commerce.

The Aite Group recently published a study that indicated smartphone spending is expected to grow from $16 billion annually in 2010 to more than $214 billion annually by 2014. It is the combination of the app and the platform that will make this growth in commerce happen. No matter how you look at it, that type of spending growth has a tremendous influence on the rate of app development.

How is business responding?

The spending numbers clearly indicate that this is not simply a seasonal trend or new-gadget frenzy. Most retail merchants and businesses recognize this change and are scrambling to develop an app that will appeal to the market. Even my firm, The Copper River Group, has developed and launched an app, and is one of the few financial institution consulting firms to have done so.

Other businesses have begun to recognize the value of this market, as well.

Starbucks, for example, launched a smartphone app: an electronic wallet that only can be used in its stores. Just download the bar-code app, activate it, and leave with your latte. Other developers have invented apps that can start your car; provide electronic boarding passes for flight check-in (Delta); and offer pizza ordering and tracking, and even provide the name of the pizza delivery person (Domino's Pizza Tracker).

If you can imagine it, most likely you can find an app for it in the Apple Store or Android Market.

As financial institutions move into  this space, there is an important distinction to be made between a mobile banking application and a mobile banking website. An app is designed with the smartphone and tablet in mind, using a touch-based interface. Leaders here are Wells Fargo, Citi, and Bank of America.

The financial institution market has yet to fully embrace this space, but there is growing recognition of a need to change and a growing number of vendors willing to help.

A great way to learn about the alternatives is to visit the Android Market or Apple Store. Select the apps option and enter "mobile banking" into the search screen. You may be surprised at the list that pops up. Be thorough and check the details. There are a lot of names on the list, but not all of them started with the smartphone in mind.

The Federal Reserve published a research report in March 2011 entitled Mobile Payments in the United States, Mapping the Road Ahead that supports the role of the smartphone ecosystem as a challenge combined with versatility. The conclusion regarding the growth of mobile commerce points directly to the ubiquity of the platform. In my opinion, Starbucks and some others are already ahead of the Federal Reserve on this one.

The Fed report states that near-field communication (NFC) chips that transmit payment information will play a key role. But the fact is the unquenched appetite for more will drive continued innovation, and the consumer, not the equipment manufacturers or the industry, will decide which chip to use. Threat Matrix just issued a research report (2011) noting that 88.6% of mobile commerce transactions use Android- and iPhone (Apple)-based smartphones, and these transactions are not NFC enabled.

Get in the game

In conclusion, smartphones and tablets offer a new way of interacting with technology. Apps, which can take just a few days or weeks to develop depending on their complexity, can empower consumers or businesses to personalize their devices to meet their specific needs right now.

It is imperative that the financial industry adapt to this new platform paradigm shift to remain relevant. Failure to do so will produce an obvious result.

Dan Fisher is president and CEO of The Copper River Group, a consulting firm headquartered in Fargo, N. D., that focuses on technology and payment systems research and consulting for community financial institutions. For nearly 30 years, Fisher has worked in the financial industry using technology to improve the bottom line. He was CIO of Community First Bankshares (now part of Bank of the West), has served as a director of the Federal Reserve Board of Minneapolis, the chairman of the American Bankers Association Payment Systems Committee, and was a member of the Independent Community Bankers of America Payments Committee. Fisher has written numerous articles on banking technology and the payments system. He has authored or co-authored six books and recently published a book titled, "Capturing Your Customer! The New Technology of Remote Deposit." You can contact Fisher at [email protected]oup.com or at 701-293-6222.
P.S. To understand Dan's nickname, check out "About the Wombat" on his website.