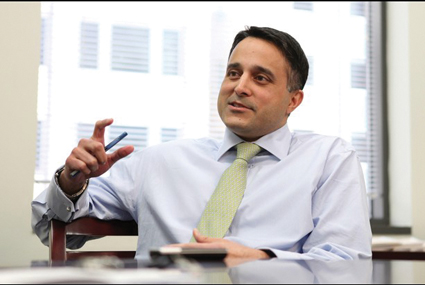 During ABA’s recent Regulatory Compliance Conference, held at Florida’s Walt Disney World, Date (pronounce “Dah-tay”) recalled that his first paying job had been at California’s Disneyland. He piloted one of the goofy Jungle Cruise boats, which take visitors on an adventuresome, twisting tour of the rivers of the world. The river pilots are known for their corny patter, and puns.

Nowadays, after a career in financial services and think tanks, Date has been one of the leaders taking bankers on a tour of the new world of compliance, as dictated by the Consumer Financial Protection Bureau. Date went from special advisor status during CFPB’s formation under Elizabeth Warren to being temporary agency head during its formation and then  becoming second-in-command, under Director Richard Cordray, as Deputy Director.

Whether banks are supervised by CFPB, or only under its regulations, which all banks are, the voyage has been twisting, too, with more adventures to come, going by the many sessions at ABA’s conference touching on CFPB programs; UDAAP (Unfair, Deceptive and Abusive Acts and Practices); complaints programs; product design; fair lending; managing regulatory change; and more.

The difference is that while Date, always a pleasant and positive speaker, may be as upbeat as in his days on the cruise ride, the stakes are much higher for the banker riders.

Take a misstep on the Jungle Cruise and you’ll get wet. Get nailed for UDAAP and your bank will get soaked.

Packed sessions dealing with UDAAP and other hot topics underscored how seriously the compliance and risk mangement fraternity are taking the new environment. Sponsored events tied to the conference often touched on UDAAP. Date was one of half a dozen CFPB leaders and staffers who took part in the ABA program.
Cleanup after the crisis
In opening his remarks during the conference, Date summarized the bureau’s many efforts, most of them ongoing, in regulation, supervision, research, education, advocacy, and more:

“We’re in the business of enabling choice.”

During his speech, he used mortgage markets, which “failed us,” as an example.

Date reviewed the many inaugural moves of the bureau staff, and reflected on how centralizing federal financial consumer protection, with no distracting side missions, made possible an unusual concentration. This, he noted, was assisted by having “a range of tools in our belt.”

“Having that full range of tools,” Date added, “means that we don’t have to force a square peg into a round hole. We can use each of these tools in the smartest way possible, matching solutions to problems.”

One of the conference breakouts consisted of three bankers who have gone through early examinations by the bureau, which will be covered in upcoming postings. On supervision, Date referred to Steve Antonakes, bureau assistant director for bank supervision, who spoke later in the conference himself.

Antonakes, Date said, “has always talked about how if we’re doing our jobs right with supervision, our supervised entities will say about us that we’re tough-minded, but that we’re fair. We are not sneaking up on anybody. We try to be transparent about what matters to us and what should matter to the firms that we supervise.”
Specific issues under CFPB view
While his presentation was generally a taking-stock affair, Date touched briefly on some pending issues:

• Overdraft: The ongoing research at CFPB is part of an effort to sort out the future of this often controversial area. Date noted that the prudential regulatory agencies’ efforts, in spite of the Federal Reserve’s 2010 action, are out of synch.

“Unfortunately, today there are slightly different expressed perspectives on the propriety of various overdraft practices across the regulatory agencies,” said Date. “Having slightly different rules--depending on who your regulator is--is not the best possible outcome. We can help change that. And the way that we are going to change that is by taking a single lens to the entire marketplace and by doing foundational analytical work.” (Read more about the current status of overdraft and direct deposit advance programs in our Digital Magazine.)

Yet, he said, “millions of homeowners wound up in mortgages that they couldn’t afford or that they didn’t understand, or both.”

Date noted that CFPB had inherited implementation of the ability to pay provisions of the Dodd-Frank Act from the Federal Reserve. While it reopened the comment period on the draft rule recently, Date said, “I can assure you that we’re going to finalize the ability-to-repay rule before our January deadline.”