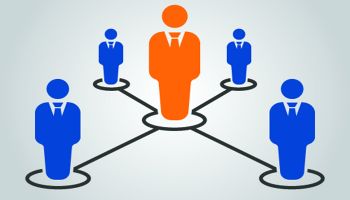 If you don’t breathe, you die, right? Same with the “digitalization” of banking. It’s happening, and it’s seismic. If you don’t like change, good luck.

That sums up the views of two stars of ABC’s popular Shark Tank reality program, who spoke at this fall’s BAI Retail Delivery Conference.

They didn’t dismiss the impact of technology, but emphasized the human equation in business. It was a welcome counterpoint to the steady stream of breathless commentary on digital doings.

The duo were asked how they determine who they want to invest in among the various startups appearing on the show in hopes of a capital infusion. Robert Herjavec said, “I know it’s very old school, but it’s how people present themselves. It’s that ability to make a human connection.” In a world of internet and email, he said, “we have so little time for human connection. So when you’re physically there, you’ve got to make it count.”

Fellow panelist Barbara Corcoran said that when you’ve been in business for a while, you realize that all business success depends on individuals—their skills, how hard they work, whether they’re a team player, if they can be trusted.

Both stars are entrepreneurs who built successful businesses. Corcoran founded The Corcoran Group, a major New York City real estate company, and Herjavec started Herjavec Group, a leading information security firm. Both began their careers at the bottom—Corcoran waitressing at a diner; Herjavec as a refugee from Communist Yugoslavia.

On the show, they both look for intangibles in the presenters, not just the facts.

“Nobody starts a business just to make money or make a living,” Herjavec said. “You’ve got to have a purpose that’s greater than yourself.” In his case, he is motivated by the desire to honor his parents’ efforts and sacrifices.

Corcoran gave credit to something few successful people acknowledge: good luck—factors beyond a person’s control. In her case, a boyfriend loaned her $1,000 to start a company, which she did, building it into a $6 billion business.

Corcoran observed that all the successful entrepreneurs she knows have been through a setback. As an investor, she views this as “an insurance policy,” because the person is “out to prove something.” She “never invests in rich kids.”

Herjavec disagreed, saying he thought people from successful backgrounds are as motivated as he is. Corcoran countered that they may be motivated, but when the chips are down, having had the experience of getting back up after being knocked down is “hugely useful.”

Herjavec also said that the show is similar to what anyone in business has to do when seeking resources, where success depends on their ability to present ideas. An investor once told him: “It’s not my responsibility to listen; it’s your responsibility to make me hear.”

Corcoran agreed, but said what she looks for, “whether it’s from my investment advisor, or a sales pitch, or even my kids,” is something to make her believe. With the show’s presenters, she looks for heart—“Can this guy make it to the finish line?” Also, she’s not impressed by fancy MBA phrases.

Herjavec added that credibility and trust aren’t necessarily about liking the person. He said he learned from a visit to an Army Ranger training camp that the definition of a high-powered team isn’t a group of people who like each other, but people who respect each other’s skills. “I want to invest in someone who has subject matter expertise,” he said, “and who will live and die for what they’re doing.”

More in this category: 6 qualities that defy time »
back to top