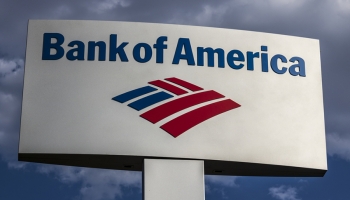 Bank of America Corp has increased critical support roles due to customer needs related to the coronavirus. The bank is also paying bonuses to “front line” workers in call centers of $200 per pay period, bucking the trend of corporate America as unemployment is set to escalate this week.

However, the hiring spree by Bank of America Corp is not entirely good news as the employees are there to keep infrastructure in tact while offering relief to hurting customers. The bank had announced relief measures for credit cards through interest relief and deferred payments, auto loan and mortgage clients, and the call centers are being overwhelmed by customer call ins. The bank has more than 200,000 employees worldwide, and 4,300 branches in the United States.

While Bank of America has yet to close branches, it is likely many of the branches will close this coming week, particularly in the New York, New Jersey and Connecticut area where the epidemic has hit the hardest. JP Morgan Chase, the nation’s largest bank, announced last week that it would shut down 20% of its branches due to the outbreak, but the bank was also compensating front line employees $1,000 during the crisis that are working extra hours under a great deal of stress in communicating with customers.

The head of Bank of America’s consumer and small business unit said, “We’re going to continue to provide convenient access to the important services they count on, and the additional assistance and support they need during this difficult period.” Banks have been balancing the need to maintain customer-facing operations while protecting employees.

Several measures taken by the Trump administration have been aimed at keeping America’s banking sector solvent during the crisis. Small and midsize banks are also receiving relief, but the larger institutions receive the lion’s share of backing as the government considers the health of the largest financial institutions critical to economic stability.

As the trend towards online banking has been swift over the past several years, it is unlikely that many branches closed over the next few weeks will reopen when things settle down, even for smaller financial institutions. The present environment has only accelerated the trend.