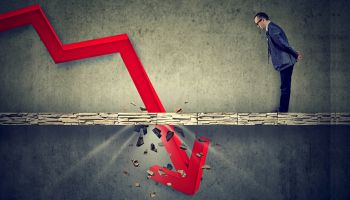 While almost 100% of analysts were predicting at least one rate cut, the June jobs report changed the equation.

In a financial world full of contradictions, the week ended with a great jobs report that disappointed Wall Street. The release of a stronger than expected jobs report dramatically dampened expectations that the Federal Reserve would cut interest rates. Wall Street had already baked in at least a quarter percentage rate drop at minimum. The market lost steam because, ironically, the economy seems strong.

America added 224,000 jobs last month, 60,000 more than forecasted. After a May report that was gloomy in terms of job creation, the June bounce back stunned analysts.

Expectations for a rate cut were almost 100% with the notable exception of Goldman Sachs, as previously reported by Banking Exchange. Goldman Sachs analysts had been more cautious, predicting that things could change if economic indicators such as a jobs report showed improvement.

Regardless of the end result, it seems Goldman Sachs deserves credit for a contrarian view that has proven to be accurate. Now, experts think a 50 basis point cut is not a possibility and, there is only some hope for a 25 basis point cut in July. Before the report a majority of Wall Street analysts expected three cuts by the Federal Reserve before the end of the calendar year.

Last month, the Fed said it would “act as appropriate” to maintain the current U.S. economic expansion, which is the longest in history. The economy continues to grow despite global economic and political concerns.

If the Federal Reserve does go ahead and give a 25 basis point cut, the White House may be able to declare victory on two fronts. If it were July 2020 instead of 2019, it would be difficult for the democrats to win the White House.