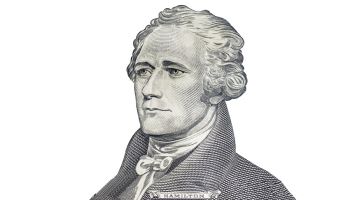 The intervening 225+ years have experienced see-sawing periods of regulation and deregulation, usually spurred on by a crisis. Today, global financial markets are comprised of banks, brokerage firms and exchanges, with markets spanning securities, commodities and insurance contracts, all of which are subject to oversight by numerous regulatory bodies. These regulators are often focused on specific geographies or financial products.

In the U.S., several federal agencies exist to oversee these aspects of the financial industry, such as the Securities and Exchange Commission(SEC), the Financial Industry Regulatory Authority(FINRA) and the Commodities Futures Trading Commission(CFTC).  In addition, there is regulation at the state level for the securities and insurance industries.

However, The Foreign Exchange (FX) market falls outside much of the existing regulatory infrastructure because it is located outside of any single geography and, perhaps more importantly, currencies are not considered securities by many regulators.  Additionally, financial regulators typically focus on protecting retail investors and given FX is mostly traded amongst a handful of large financial institutions, regulators have historically seen little need to tightly regulate the market.

Operating 24 hours per day, all around the world, the FX market is the largest and most liquid marketplace in the global economy; with more than $5 trillion/day traded according to the Bank for International Settlements(BIS). In an environment where the bulk of trading activity takes place electronically, rather than on trading floors or exchanges, there is relatively little oversight of how FX trading is being conducted.

While FX futures trades are regulated through the CFTC, spot trading, as well as FX forwards, and most FX options are not (spot trading is the purchase or sale of a foreign currency for immediate delivery, which accounts for the vast majority of FX transactions).

Three objectives of financial regulators are to:

By regulating financial industries, regulators seek to ensure the integrity of the financial system by imposing requirements, restrictions and guidelines on those entities. However, problems can arise even in the most well-regulated parts of the financial markets. So, a less-regulated market, like the FX market, may have greater potential for problems due to its fragmented regulatory oversight.

One recent example of this came to light in 2014 when news broke that FX traders were using electronic chat rooms to share confidential client information in order to manipulate benchmark exchange rates. Ultimately, six banks paid fines totaling more than $5.6 billion to settle allegations that they had rigged foreign exchange markets. This was a wakeup call for the FX industry.

From the ashes of this crisis arose the FX Global Code. It was apparent to many in the FX market that a uniform set of ethical standards were needed to supplement the existing legal and regulatory structure governing the market. Given the enormous amount of activity going through the FX market, it was only a matter of time before another crisis occurred or regulatory agencies and governments mandated more, and more onerous regulation. This outcome likely would have resulted in a patchwork of regulations across various countries and regions with no uniform guidelines.

The Global Code (the Code) is an effort, by the industry, to self-regulate and prevent future crises. Proclaimed as a means to enact new, transparent measures within the FX markets, the Code establishes a global standard of behavior amongst all market participants. Of the global financial markets, only the FX market is now subject to this voluntary global compliance framework.

Ultimately, we will need a stress event to really test the regulatory strength of the Code. Only time will tell if it is enough.

Sean Cunniff is Head of Compliance and Regulations at 9th Gear Technologies. He has over 25 years of experience in the financial industry.