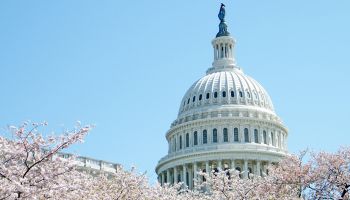 This summary of the new law originally appeared on the bank blog and LinkedIn page of Chris Nichols, and a member of the Banking Exchange Editorial Advisory Board.

This week the House passed S. 2155, and the bill was signed Thursday, May 24, by President Trump. The new, bipartisan legislation rewrites parts of Dodd-Frank. While it isn’t everything community bankers wanted, it is a significant step towards regulatory relief. In this article, we provide a quick summary of the salient points by bank asset size to bring bankers up to speed.

Impact to banks by asset size

The bill has no impact on U.S.-based international banks with over $100 billion in assets. For global systemically important banks (G-SIBs), the act has limited impact, slightly changing the calculation for central bank reserves for custody banks and requiring only two stress scenarios instead of three.

• Stress Test—eliminated the “adverse” scenario and the requirement for any company-run stress test. Now, instead of semi-annual runs of the stress test that were required before, banks in this size category will only have to run the regulatory stress tests when requested by the regulators, which will be “periodically.”

• Enhanced Prudential Standards (EPS) take effect 18-months from now (December 2020). The Federal Reserve retains the discretion to exempt a bank holding company from EPS or to subject a BHC to EPS.

• EPS—Banks in this category are exempt from EPS.

• Risk Committee—The risk committee requirement is dropped (but remains for banks over $50 billion).

Banks under $10 billion in assets

• Leverage Ratio—Banks are exempt from leverage and risk-based capital requirements if they maintain a leverage ratio of between 8% and 10% capital to unweighted assets. However, regulators can force a bank to meet the leverage requirements based on its risk profile.

• Mortgage Escrow—Banks would no longer be required to put an escrow account in place when a high-cost mortgage is being originated.

• Qualified Mortgages—Banks would have an exemption from ability-to-repay liability for their portfolios and no longer have to make qualified mortgages that give them a safe harbor from that liability.

• Exam Cycle: More banks will qualify for an 18-month exam cycle as eligibility goes from a minimum asset threshold of $1 billion to $3 billion.

• Online/Mobile Account Opening: It was clarified that scanned drivers licenses can be used for digital account opening as a form of identity verification.

• Reciprocal Deposits: Certain reciprocal deposits will not be considered "brokered" by the regulatory definition.

• HMDA—Banks that originate fewer than 500 open-ended and 500 closed-end mortgages are exempt from the rule that requires lenders to provide additional data under the Home Mortgage Disclosure Act (HMDA).

• TRID—The waiting period of interest change notification under the TILA/RESPA Integrated Disclosures would be waived if mortgage rates fall and the consumer is better off.

• Rural Mortgages—Certain residential mortgages in rural areas that are under $400,000 would not need an appraisal.

• Municipal Bonds—Investment grade municipal securities will be treated as high-quality liquid assets for the sake of calculating the liquid coverage ratio (LCR) at larger banks.

• Highly Volatile Commercial Real Estate—The definition gets modified so that commercial borrowers will be able to satisfy the 15% equity requirement through the contribution of land/property at appreciated value (instead of cost basis).

In addition, loans made to acquire existing property with rental income or for cosmetics upgrades don’t trigger the capital penalty.

Now that the President has signed this legislation into law, regulators will have to amend the final rules with some amendments requiring comment periods. In addition, banks are still waiting for a half-dozen pending regulatory proposals that complement this legislation such as the transition of the new Current Expected Credit Losses (CECL) standard into the regulatory capital framework.

The Economic Growth, Regulatory Relief, and Consumer Protection Act is the first significant piece of banking law cleanup in more than a decade. This is long overdue and will help community banks devote more resources to the community they serve instead of complying with laws that don’t help the consumer or address the risk in the banking industry. 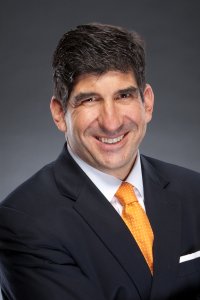